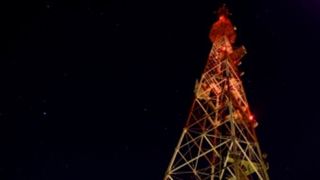 A new coalition represented by former Disney and News. Corp. executive Preston Padden has formed to advocate for TV broadcasters interested in participating in the FCC’s incentive auction that seeks to free up spectrum for wireless carriers.

Next week, the executive board of the “Expanding Opportunities for Broadcasters Coalition” will conduct a conference call to begin planning how the new group will respond to the FCC’s recent Notice of Proposed Rulemaking regarding incentive auctions. Padden said the agency has an interest in listening to what the coalition has to say.

“This is a voluntary process, and I think that means the commission will be very interested in the comments of stations thinking of participating. If those stations don’t participate, the auction will not be a success,” said Padden.

Members of the coalition wish to remain anonymous, and the number of TV licensees participating is also being held in confidence, Padden said.

“These are ongoing broadcast businesses with audiences, employees and advertisers,” he said.

Revealing that they wished to explore participating in the incentive auction “would be disruptive,” Padden said.

Participation in the coalition is not limited to those TV broadcasters wishing to relinquish their license in exchange for a portion of auction profits. Membership also is open to broadcasters that want to explore other options, such as giving up part of their 6MHz and choosing to channel share, as well as moving from UHF to VHF, said Padden.

The coalition came to light Nov. 13 with media reports on the Los Angeles Times website and elsewhere. Two weeks ago, Padden, who is serving as the group’s executive director, was hiking near Boulder, CO, when he received a cell phone call from a broadcaster to gauge his interest and offer him the position, he said.

NAB released a statement online from Dennis Wharton, executive VP, communications, regarding news of the coalition.

“NAB will continue to engage our members, the FCC and others to develop an auction that allows volunteer broadcasters to be adequately compensated for leaving the business while holding harmless TV stations that remain on the air,” the statement said.