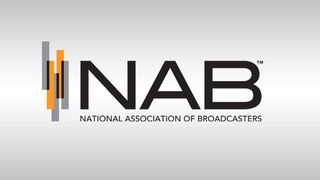 It’s not often that the two organizations see eye to eye, but the NAB and CTIA (The Wireless Association) have jointly asked the FCC for a one-month extension, from Dec. 22 until Jan. 25, 2013, of the deadline for filing comments in response to the commission’s notice of proposed rulemaking on how best to handle the proposed broadcast spectrum auctions; expected to be held sometime in 2014. The due date for reply comments would then be extended to no later than March 26, 2013.

Both groups said they believe that “this additional period will ultimately expedite the process rather than delay it.”

The formal request goes on to say:

“A limited extension is in the public interest to allow interested parties the time necessary to address the complicated economic, engineering, and policy issues raised by the Incentive Auction Notice of Proposed Rulemaking and to assist the Commission in discharging its responsibilities under the Middle Class Tax Relief and Job Creation Act of 2012 (“Spectrum Act”),” the parties wrote in their formal request for an extension.

The FCC’s Incentive Auction NPRM seeks stakeholder input on a wide range of issues with respect to the incentive auction authorized by Congress in the Spectrum Act. These issues include, but are not limited to: (1) the structure and timing of the reverse and forward voluntary auctions; (2) the process for relocating television broadcasters who do not participate in the auction; (3) the resulting band plan from the auction; and (4) the method for compensating television broadcasters who are required to relocate following the auction.

“Not only are there numerous complex issues to tackle, but as the Commission notes, “[t]he broadcast television spectrum incentive auction will be the first such auction ever attempted worldwide,’” the written request notes. “The novelty and uniqueness of this auction require that all interested parties thoroughly digest and analyze the complex set of issues presented in order to ensure that the auction has the best chance for success.”

The NAB and CTIA said the industry is “currently engaged in productive discussions that will likely lead to concrete proposals that may garner broad support for the Commission to consider. Our primary aim is to produce a record that allows the Commission to benefit from the considerable experience and expertise of our respective members, and from those from around the broadcast, wireless, and technology industries, as well as the public interest community.

“We believe strongly that granting this extension request will enable all parties to submit comments to the Commission that are meaningful as well as constructive. Retaining the original deadline, however, will likely result in comments containing incomplete analysis and uncertain conclusions, thereby requiring another round of comments and causing even lengthier delay,” it says.

The CTIA and NAB said they both recognize that requests to extend filing deadlines are not routinely granted, “although we note that the Commission often has found that a comment pleading cycle extension is warranted when necessary to ensure the Commission receives full and informed responses and that affected parties have a meaningful opportunity to develop a complete record for the Commission’s consideration. We believe that, in light of the challenging task the Commission has before it, this rulemaking is one of those instances.”

It’s not certain which way the FCC will rule on the request for more time, but clearly there’s no harm in getting the process right — even if it takes a bit longer.