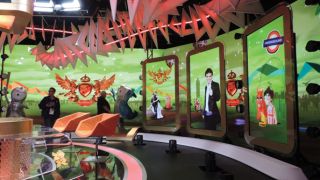 Sporting events happen everywhere, all the time. Covering them can be an enormous task for broadcasters who are challenged with allocating resources to handle major international sporting events.

Sports broadcasters dream of remotely covering sporting events from their home base facilities, sending just a small set of equipment with a small crew to an event and leaving all the editorial staff back at their own desks. A new generation of technology leveraging fast global Internet connections and clever software solves the technical challenges and enables savings in cost and logistics, making or breaking budget-conscious outfits’ plans to cover any given event.

A British developer of broadcast media infrastructure, Gallery Sienna, has created a solution to these challenges, in the form of the Sienna MediaVortex WAN server protocol and enhancements to the Sienna media asset management. Sienna MediaVortex allows assets to be ingested locally, but logged and edited from thousands of miles away. Ingest channels based on AJA Io XT portable Thunderbolt video I/O devices can also be controlled remotely. The finished edit can be delivered at locations on either end as a file transfer or via playout under remote control through an Io XT HD-SDI/HDMI interface.

The main technical challenge is overcoming the inherent latency of a long-distance WAN connection, which in the case of a recent project at the London Olympics for Televisa, was around 250ms from London to the facility in Mexico. Since TCP messaging requires a reply to each packet before the next one can be sent, this latency is enough to bring TCP data protocols to their knees, dropping transfer speed from 100Mb/s to less than 1Mb/s.

MediaVortex from Gallery Sienna solved this problem using a UDP rather than TCP-based protocol, which is much less affected by latency, creating the equivalent of a file server over UDP. The system also understands the media being used, and intelligently handles QuickTime reference movies that are still being ingested, where the files being transferred are still growing in real time during the transfer.

This allows files being ingested via the Io XT to be propagated as proxies across the WAN during capture, enabling loggers and editors at the remote end to start their work within seconds of the start of ingest.

The logistical task of managing media assets across multiple locations is helped with Sienna’s “conjoined asset” concept. Each end of the WAN link has a Sienna MAM server, connected together in a Sienna distributed media cloud, where each side is aware of the other. An asset ingested in London, controlled remotely, is “propagated” to Mexico where it becomes a conjoined asset, with high resolution and proxy in London, but just a proxy in Mexico.

Both sides share a common key that conjoins them. Whenever metadata such as real-time logging markers are added to either side, the common key ensures the metadata is replicated at the other sites where the conjoined asset exists. This allows fully collaborative remote and local logging and editing. When remote proxy editing with Sienna’s ImpulsEdit web-based editor is complete, a single click triggers an intelligent conforming process that seeks out the high-resolution media in the conjoined assets and performs the media assembly at the high-resolution site.

In the same way that the initial ingest process was remotely controlled from Mexico, so too can the playout. Using a Sienna web interface, remote operators can load a finished, conformed package into a baseband playout channel at the event site, and control real-time playout to air, or across a video link, using an Io XT. Alternatively, the package can be compressed using H.264 and sent back to the site in Mexico, where Sienna VirtualVTR can play it natively through an Io XT without the need to convert back into an interframe format.

In the example given for the London Olympics, using a 100MB Internet connection, Televisa was able to reduce head count from around 250 (mix of talent and editors/engineers) for Beijing to around 100 for London (mostly talent), and reduce hardware on site from six to two racks. The rest of the engineers and hardware worked from their permanent positions back in Mexico.

New technology delivers a solution to an old problem, opening up opportunities to save money and increase diversity. The benefits go beyond cost savings, by giving broadcasters a tool they can use to include niche sports which could not be justifiably covered with traditional on-site broadcast technologies.