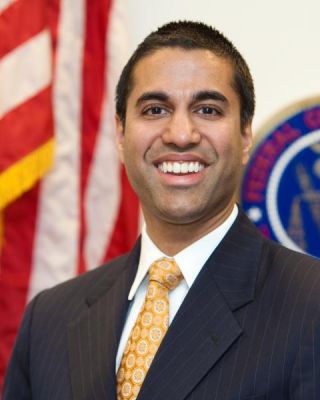 FCC commissioner Ajit Pai last week told an audience gathered in Washington, D.C., that his agency should step back and allow the market to resolve issues arising from Internet distribution of video rather than taking a more active role steering the industry.

Speaking Feb. 7 at the Media Institute Luncheon, Pai called on the agency to let the free market work. “So our general approach at the FCC should be to show humility and give the market the leeway to find its own equilibrium, instead of attempting to impose by regulatory fiat the outcome that we might like to see at any given point of time,” he said.

The FCC commissioner said agency rules should reflect today’s technological and competitive landscape to accommodate the transformational impact of the Internet. Even small statutory changes could have a positive effect.

One example, according to Pai, is if the commission’s forbearance authority could be extended to Multichannel Video Programming Distributors (MVPD) and cable services. Forbearance has allowed the agency to do away with outdated regulations impacting telecommunications carriers, which has “encouraged infrastructure investment and broadband deployment,” he said.

“Technology is turning voice and video into applications transmitted over the Internet,” said Pai. “So it seems to me that the FCC should have the same authority to relieve MVPDs from obsolete rules as we currently have for carriers.”

Pai also said the FCC should “relax or eliminate” many of its media ownership rules. Saying that the days when Americans had access to only a handful of broadcast outlets are past, Pai contended that regulations must “reflect that reality.”

“Yet, instead of discussing how best to relax the local television ownership rule, I find it amazing that we are debating whether to tighten it by making Joint Sales Agreements (JSAs) and Shared Services Agreements (SSAs) attributable,” he said. The shrinking share of the ad market being captured by broadcasters in the digital age necessitates allowing stations “to enter into innovative arrangements in order to operate efficiently,” he said.

Pai also used the speech to call for eliminating the commission’s newspaper-broadcast cross-ownership rule. The commissioner pointed to a 20 percent drop in the number of newspapers published in the country since 1975 and declining circulation numbers to underscore problems facing the newspaper industry. If the FCC had eliminated its prohibition on newspaper-broadcast cross ownership a decade ago, the future might be brighter for newspapers. “It might be too late for us to make a meaningful difference at this point,” he said. “But that doesn’t mean we shouldn’t try.”

In the speech, Pai, who became an FCC commissioner in May 2012, called the Internet transformation of media “a profound change” that is creating a revolution throughout the communications industry. Thanks to the Internet, consumers are taking control of what they watch, when and where, he said. As a result, there is an ongoing fundamental change in the business model of distributing video, he said.