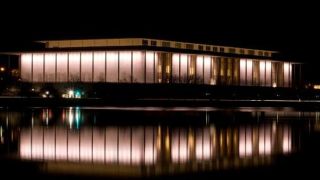 The FCC Wireless Telecommunications Bureau and Office of Engineering and Technology said Oct. 5, 2012, they are seeking input on steps the agency can take to make spectrum used for wireless mics more efficient.

The FCC also is asking interested parties to comment on whether to expand license eligibility on a limited basis to allow some wireless mics and other low-power auxiliary stations currently using portions of the TV band to operate on a licensed basis under Part 74 rules.

The public notice asks commenters to keep in mind advances in wireless mic technology, and the agency’s proceedings that have impacted wireless mic use, including the TV white space proceeding and the TV incentive auction proceeding.

The commission is seeking input from those favoring the expansion of license eligibility for wireless mics and low-power auxiliary devices regarding which classes of users and uses would fall into this category. The commission will limit consideration to certain users with a need for wireless mics that is similar to the needs of broadcasters.

The agency is seeking comment on which types of users, venues, events and service level, as well as number of mics and number of venue seats should become eligible for a license. The agency also wants comment on how it should classify entities, such as the John F. Kennedy Center for Performing Arts in Washington, D.C., and Madison Square Garden or Broadway theaters in New York City, in its eligibility rules.

In the notice, the FCC also is asking for comment on specific criteria it could use to determine eligibility for a low-power auxiliary station license, such as requiring a venue to host events periodically requiring the same sort of professional level of quality needed for broadcast productions.

Another issue about which the agency seeks comment is what entity should hold the license. Should it be the specific venue or professional production companies operating at specific venues?

Comments are due 30 days following publication of the notice in the Federal Register.