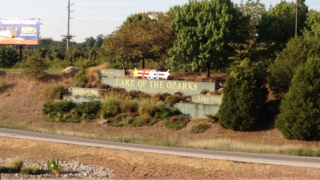 South central Missouri’s Lake of the Ozarks market is so small, it’s unnumbered. The lake is privately owned by a power company for hydroelectric generation. It has more than 1200mi of shoreline and is a popular summer destination. There are no broadcast television stations at the lake.

The weekend before Labor Day, the area becomes the home of the Lake of the Ozarks Shootout, the world’s largest unsanctioned boat race. The race regularly attracts more than 100,000 visitors, and an estimated $1 billion in marine vessels are on the water. Its purpose is to raise money for local organizations such as fire and rescue, and to show how fast your boat can go. No money is awarded; winners receive only trophies and bragging rights. The race course is 1mi, a straight line, measured by special high-speed radar. Last year’s winner hit 208mph.

Market interest in Cellular/Wi-Fi ENG has been building speed like a 4000 horsepower catamaran at full throttle. The Shootout seemed like a good place to test this new technology. The action is on and around a lake. 4G LTE cell service is available, but coverage on the water is questionable. There will be 100,000 people using the same couple of towers in a location most people would call the boondocks.

On the production side, we wanted see pictures not possible with simple microwaves, such as live cameras on anchored boats, moving boats, and in a plane or helicopter. It is always an exciting event and seemed to be a good place to test Cellular ENG in a demanding EFP live sports environment. I invited my list of known Cellular ENG manufacturers to participate. TVU networks and Dejero jumped at the opportunity, and each promised to send their equipment and engineers to the boondocks for the Shootout.

Viper Communications, owner of KRMS radio, Osage Beach MO, owns the media rights to the Shootout. KRMS produces wall-to-wall radio and television coverage of the event in conjunction with Charter Media, which backhauls and broadcasts the feed. KRMS also sends the video stream to Stickam.com (34,493 viewers) and feeds live video to a rented Jumbotron near the beach.

My job is to make the live radio broadcast into simulcast television, which we do with six cameras, two channels of CG and a production system we annually rent. It’s a small market, so the production is in SD. But, it’s an event that attracts serious racers from across the country and internationally. It deserves world-class coverage, and we do our best to provide exactly that. Every year, we try to take the production up a notch. What better to do this year than integrate some new technology just back from the Olympics.

The start line camera was positioned on a 40ft Sea Ray boat, anchored in silt. The Wi-Fi signal from the Dejero transmitter was received and retransmitted by the repeater, located on a cliff next to the finish line camera also using Dejero Wi-Fi. The Wi-Fi receiver and servers were located in the control room about 1.5mi across the lake. Both units had the same delay, so it was unnoticeable to viewers. One server handled and output both camera channels.

Both cameras also provided wild sound from race boats as they passed by. This was a concern because full-throttle race boats are “747-at-takeoff” loud. In the past, we’ve found audio mixers that couldn’t handle the high dB level. We directly plugged a mic in each transmitter, and they handled the loudest noises without distortion. Audio and video from both cameras was flawless for the 18 hours they were on the air. We also had isolated slo-mos on the start and finish cameras after the Dejero output, which made them the primary sources of video for the majority of the event.

We had never successfully used a live camera from a boat before. Not that we haven’t spent time trying, but boats and thus the microwave signals were always too unstable to use. Cellular ENG enabled our maritime-mobile dream. Everyone involved in the production was amazed at the quality and stability of the signal from the starting line camera boat. We then learned that a camera in an anchored boat needs a SteadiCam.

The TVUPack camera got a different kind of workout, determined again primarily by its form factor. Between boat runs, we do live interviews on the docks and random crowd shots. We usually use a portable microwave system for this shot, but there we must avoid many known dead spots on the land, and it wasn’t reliable on the water.

Locally, some of our random crowd shots are known as the “HottieCam” and are sponsored as such by a local tanning salon. There’s no shortage of hotties (and occasional babies and puppies) at the event to aim a camera at. It’s tough duty, but someone had to do it, and TVUPack got the assignment. The TVU unit took viewers on walks around the grounds and rides in a boat, providing live video never seen before.

The TVUPack was also tapped

to take a helicopter ride at 2000ft across part of the lake and over the race course and land facilities. We stayed on the live helicopter shot for about 10 minutes and never observed an artifact. The system came up and stabilized faster than you could raise a microwave mast. The TVU system performed flawlessly on land, on water and in the air. When we used the TVU system for live interviews, we cued the talent early, just like a satellite shot. Viewers never had a clue.

The Dejero and TVUPack perform essentially the same function, but each does so in its own unique way. The most obvious difference between the systems is the physical form factor of the transmitters.

The Dejero comes in a hardened, military-grade Pelican case. Connectors are recessed and protected by individual doors. The case also has a built-in LCD screen for system access, and monitoring. It has a built-in handle and a clip-on laptop-style carry strap. TVUPack uses a slick custom backpack, complete with cooling fans. Depending on the use, one may be better suited than the other. Both transmitters were well designed, ergonomic and lightweight. The Dejero looked to be a bit more water-resistant, but both Dejero and TVU transmitters endured light rain and splashing water without a problem.

At the receiving end, both systems had servers that recorded the video as it is received whether we use the feed or not, which would be a very handy feature for ENG. The TVU server was 1RU; Dejero’s were 2RU. Both systems can be remotely accessed, so someone at the factory can log on to a system to troubleshoot and make adjustments, if necessary. The Dejero server can also be managed at the transmitter. The TVU server has this capability, but we didn't test it.

The biggest difference between the units is how they process signals. To combat the bandwidth and QoS hurdles inheren

As its name suggests, Inverse StatMux does the opposite, taking a single signal source and then reverse multiplexing the signal across multiple channels for transmission. The transmission is then re-aggregated at the receiving end. With Inverse StatMux, the TVU transmitter overcomes the effects of bandwidth constraints by transmitting the video signal over multiple channels simultaneously. If connection performance degrades, the Inverse StatMux process enables the TVUPack transmitter to reallocate the data that was streaming through the degraded connection to other open connections, preventing data loss.

Several competing cellular ENG systems use bonding, a technique that was originally developed in the IT networking industry. Dejero uses a proprietary hybrid of bonding and StatMux. The Dejero transmitter is adaptive. It uses a patent-pending algorithm to adjust bandwidth to changing conditions across the network. Dejero uses unique algorithms for each connection, such as cell, Wi-Fi, satellite and microwave. All this, according to Dejero, manages bandwidth most efficiently. When using the iPhone app, it operates two encoders in tandem, one at full bandwidth and the other at a lesser bandwidth. If bandwidth issues arise, the transmitter seamlessly switches to the lower bandwidth encoder while higher bandwidth is renegotiated.

At the end of the two-day event, only one boat won the 2012 Lake of the Ozarks Shootout, but at the “Transition to Digital” shootout, there were clearly two winners. Each system performed exactly as advertised. We didn’t push the bandwidth envelope, but we pushed the systems’ capabilities, and everyone from sponsors and viewers to the production crew loved the results and the equipment.

Note: The author would like to thank Dennis Klautzer and Viper Communications, TVU networks and Dejero for their enthusiasm and assistance to make the Shootout a reality. The “Transition to Digital” shootout was a photo-finish tie for first place. The author, KRMS radio and the production crew salute and confer permanent Super Trooper status to Brandon Horton of TVU networks and Arif Hudda of Dejero for their hard work, positive attitudes and professionalism.