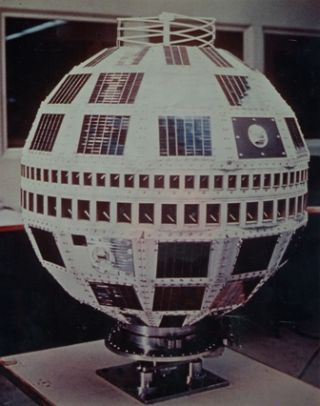 WASHINGTON: Live video reports from events happening around the world are routine on evening newscasts. That wasn't the case 50 years ago. On July 10, 1962, the Telstar communications satellite was launched from Cape Canaveral. This was the first spacecraft to actively relay communications signals

The first broadcast from Andover, Maine in the United States to the Goonhilly in Great Britain took place one day later. BBC News has reports about 300 former staff celebrated the anniversary, commemorating the 85-foot antenna, nicknamed “Arthur,” used to receive the satellite's signal.

A backup duplicate of Telstar is in storage at the Smithsonian Air and Space Museum, and Smithsonianmag.com covers the 50th anniversary in the blog Fifty Years Ago Today, the First Communications Satellite was Launched into Space. The Air and Space Museum hosted a day of special events Thursday, July 12, including a live satellite connection with the Telecommunications Museum in Pleumeur-Bodou, France, the site of the original French ground station antenna that received that first broadcast from Andover.

Telstar was an experimental satellite, and radiation ultimately disabled it in 1963, less than a year after activation. The satellite is still in orbit, circling the Earth every 2.5 hours.

For a more detailed review of the history of Telstar, pictures and its impact on broadcasting, see Remembering Telstar by James E. O'Neal on TVTechnology.com.