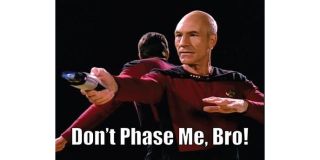 Time Warner Cable pulled a monumental public relations gaffe last month when it bollixed a service call with none other than the captain of the U.S.S. Enterprise, Jean- Luc Picard. Following a 36-hour attempt to get TWC service at his new home in Brooklyn’s Park Slope neighborhood, Capt. Picard, also known as Sir Patrick Stewart, tweeted that he’d “lost the will to live.” Followers jumped on the remark like a landslide of tribbles. By the time TWC caught on, the die was cast. A customer service rep who tweeted fealty to the captain-knight was told politely to step off. Picard-Stewart later tweeted a “thank you” note to Dish Network for “rescuing us from the Faustian @TWCable_NYC with your prompt and professional service.”

The incident was comical but illustrative. Big cable companies monopolize pay TV service within their footprints because they bundle it with the fastest broadband available in most areas. They have the fastest broadband available in most areas because phone companies— make that Verizon—laid fiber just long enough to bring cable operators to the negotiating table. So cable companies rule in their respective service areas, which is good for them but not so good for consumers, be they truck drivers or beknighted starship captains.

Dish’s Charlie Ergen can smell blood in the water before it’s there. He’s already on the cusp of launching satellite broadband service, and now he’s got a brand new BFF. I’ll be surprised if Sir Patrick isn’t hawking for Dish Network by the time this magazine comes out. You can certainly bet that Dish Network provided Stewart with its very latest technology, including the Hopper set-top that can be programmed to skip commercials on broadcast networks.

I know if I were a broadcaster in New York, I’d be sending roses and chocolates to Park Slope.