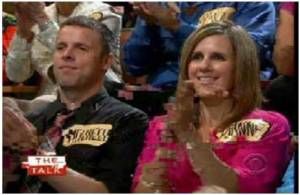 Back when you could count the number of broadcast TV stations in your market on one hand, there were two, three or more broadcast engineers simultaneously monitoring their channel’s video and audio transmission signals in real time. If one engineer blinked during a glitch, another would likely catch it. Quality control was simple when everyone in the building focused on one channel, and the only sources were studio cameras, network and film chains. As videotape replaced film and color became standard, quality control issues skyrocketed.

In those days, broadcast studios were generally satisfied with manual qu

ality-control (QC) spot-checking methods, looking mainly for ill-timed videotape dropouts. Today, the quantity and quality of content files for the multichannel digital television universe is exploding, while the number of people handling and critically verifying quality before streaming or airing is shrinking. Some content arrives at stations wrapped in various digital file formats that may contain their own invisible problems. More channels with fewer critical eyes prowling for problems before airing increases the risk of real viewer complaints. Is there a sensible solution other than adding staff?

The most reliable, efficient and economical digital QC solution is stand-alone automated QC. Broadcast automation, including automated QC processes, saves time and resources and always devotes its undivided attention to its assigned tasks. Properly administered automated QC will get 95 percent of necessary QC work done in an automated file-based environment. The remaining 5 percent will continue to rely on humans because there are some types of artistic expression in the video and audio that an automated system may misinterpret as a problem. When humans QC, they verify audio content (language, for example) and audio quality, watch for video artifacts and make the pass-or-fail call. What humans inspecting programs can’t see is the aggregation of ancillary digital data required that make the viewer-consumable essence of the file into valid digital media file.

Built-in QC okay?
When file-based workflows began to flourish at stations, many broadcast engineers relied on transcoders that pre-integrated a QC solution as part of a QC infrastructure in the ecosystem. The concept sounds good, but self-testing transcoders generally use the same code base for the QC engine as their transcoder engine. Such self-testing transcoders can’t check for critical interoperatibility issues and don’t check for syntax errors. They will propagate any errors they don’t recognize.

Broadcasters are learning that a transcoder vendor’s QC solution within the workflow is not enough. Once the transcoding and ingest is complete, before the content is approved for playback or broadcast, it should be checked by a fully automated QC system. Some transcoder vendors have embraced this need and are creating infrastructures and architectures that take advantage of the safety a powerful external stand-alone automated QC system can provide.

Syntax tests
In an automated QC system, syntax testing is crucial because it ensures the integrity of the encoding of the file structure. Syntax issues can cause catastrophic problems, and without syntax checking, it is even possible that the content won’t play out at all. Syntax issues have been known to corrupt playout servers and ultimately force a channel off-air for a time. Sometimes, incorrect syntax can put set-top boxes into a continual state of rebooting, or do just the opposite — lock them up and necessitate rebooting. Rigorous syntax testing can verify a compliant stream and maintain happy viewers. Without it, strange things can happen.

For example, one particular VOD operator began receiving viewer complaints because some of its VOD programming was ending prematurely. The VOD operator was not aware of the issue because it didn’t have someone checking the thousands of theatrical movie inventory from beginning to end making sure each file is intact. It took a viewer to call and say “Hey, the last 15 minutes of my movie are missing. What's the matter with you people?”

The problem was uncovered by a stand-alone automated QC system through syntax checking. The QC system checked the syntax of the thousands of files in the VOD operator’s inventory and found a handful that didn’t have the proper closing flags at the end of the file. The files were re-ingested, and the problem was solved.

In the video, some QC systems watch for gamut violations, such as when the luminance or other RGB values exceed 100 percent. Black frames, frozen frames, letter boxes, pillar boxes and dropouts also can be detected from the decoded video content.

Audio problems such as clipping are also observable in the decoded baseband stream. By verifying audio signal levels, it is possible to determine whether loudness limits, peak limits, instantaneous peaks and true peak value limits have been exceeded, as well as long-term loudness over the span of the content. Other types of baseband audio flaws include silence due to audio dropouts.

Encoded content
Encoders top the usual suspects list and should be treated accordingly. Because encoders can be configured, they can be misconfigured. They can also degrade on the path to failure. A common visible effect that points toward encoder MPEG compression problems appears as block artifacts on the screen which can be a result of “slice order” errors in transport streams. The image above illustrates the displayed effect of an incorrect slice order.

Another common encoding error is the field order. Interlaced videos are encoded either bottom-field-first or top-field-first and must be played out in the same sequence. A conflict in the field order will cause distracting motion artifacts — almost a zig-zag motion when the subject should be moving smoothly across the screen. North American and European standard-definition content has opposite field ordering, which can be overlooked when transcoding or editing.

Structural inspection
Structural checks are as critical to automated QC as the baseband and encoder checks. It is possible for significant (and required) elements to be missing from content that seems syntactically correct. Or there may be a mismatch between video and audio parameters. The QC system must examine the entire container structure, the content and the codec headers, comparing the actual contents with the expected information, to identify structural problems.

Checking the container structure and metadata can expose errors such as an incorrect number of streams, e.g., missing audio. This check will also reveal incorrect Packet IDs (PIDs) that are noncompliant with the CableLabs specification for VoD content for MPEG-2 Transport Streams. Content measurements can pinpoint errors such as a mismatch between video and audio play duration, or between actual and signaled bit rates.

Checking video and audio codec headers may reveal “unexpected” essence formats and encoding with respect to profile and level, GOP structure, frame and sample rates, picture size and aspect ratio, interlaced or progressive scan, color depth, and color sampling. Ultimately, structural checks are all about ensuring that the content has the right format characteristics set up in the proper order.

The transition to digital encompasses a wide variety of workflow changes and technical challenges. Complicating the process are continual updates in technology prompted by new digital CODECs and formats. Regardless of the CODEC, format or method of transmission, successful broadcasting depends on content quality, consistency and, ultimately, the ability of all viewers to easily and reliably watch our output. That’s what broadcasting has been all about since the first transmitter signed on the air, and it will always be our primary objective.

Note: The author wishes to acknowledge and thank Tektronix for its help in preparing this tutorial.