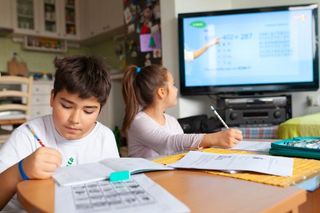 The pandemic of the last six months has laid bare the stark differences between the haves and have nots in this country and around the world. There are those haves who are fortunate to be able to work from home and there are the “have nots” who are deemed essential and have to work on the front lines, dealing with the public in the hospitals, grocery stores and related service industries.

It’s also revealed the advantages the “digital haves” have over the “digital have nots.” The difference represents the “digital divide” in this country between those who have access to broadband and those who do not—and nowhere is this more evident than in education. Students who have easy access to broadband clearly have advantages over those who do not; this was noticeably evident prior to the outbreak and has become even more pronounced since, especially now that we are in September and the start of a school year starkly different than ever before seen in our lifetimes.

Last year, the FCC issued a report that put the number of Americans lacking access to fixed terrestrial broadband connectivity at 21.3 million; however, a study by BroadbandNow Research in February indicates the number is closer to twice that.

School districts around the country are scrambling to distribute laptops to millions of students who will be forced to learn from home in the largest distance learning effort ever undertaken by this country. Millions of students who live in areas without broadband could fall behind even further than their classmates. Some will be able to access hotspots at designated locations such as libraries and other public facilities, but the fact remains that broadband has become a basic utility that for many, especially students, can now be equated with heat, transportation and health care.

But for many of those students, television can be their lifeline to keeping up with their peers. Yes, that device that for decades has prompted parents to criticize and deride for turning our brains to mush can also serve a vital purpose. Even before the digital divide became a thing, studies showed that “Sesame Street” alone made a quantifiable and important tool for teaching low-income and rural students who did not have access to the same resources of their fellow students.

The New York Times reported on the use of television as a learning tool last month, and while much of it focused on third-world countries, parents and educators in the U.S. as well, know the value of television in the age of homeschooling, especially when turning the TV to the right channel can be a lot less of a hassle than programming a computer.

“Television holds promise as a low-cost complement to online schooling and a lifeline for students with few other resources,” the Times said. “A vast catalog of educational programming exists, but analysts say policymakers have mostly missed an opportunity to make use of it.

“How many parents right now are just trying to figure out how to get through the day while their kids are just watching TV or on the iPad?” Melissa S. Kearney, a professor of economics at the University of Maryland, who has published research about ‘Sesame Street’ told the Times. “We could do a lot of good if people who are in a position of trust with those families could point them to some of that positive content.”

In last month’s issue of TV Technology, columnist Armstrong Williams promoted the use of ATSC 3.0 (aka “NextGen TV”) as a vital tool and link for helping to bridge the digital divide by advocating a mandate to include 3.0 chips in all new TV sets sold in the U.S.

Today, ATSC 3.0 signals are scarce but growing and 3.0 sets are also scarce and expensive, but ATSC 1.0 is ubiquitous and the ability of many PBS stations and their “diginets” are helping to “fill the educational/digital gap” to students stuck at home. LPTV stations are also playing an important role as well. To learn more, check out http://public.pbs.org/DistanceLearningResources.

During the pandemic, PBS has proven the importance of its role as an educator but with the arrival of ATSC 3.0, that role could become even more vital. In May, TV Technology Contributing Editor Phil Kurz wrote about how current events are prompting educators to think about the possibilities 3.0 can bring to educators.

“It is mind-blowingly exciting what kind of educational opportunities there will be with 3.0,” Angee Simmons, National Educational Telecommunications Association (NETA) vice president of content told TV Technology. “It’s not just for the kids who can afford it. It breaks through all of these barriers we face everyday—whether it’s because you are living in poverty, or you are living in a rural area with no access. This breaks down those divisions.”