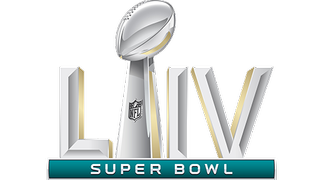 In the history of television, there are only 11 shows that have drawn more than 100 million viewers. One was the series finale of “M*A*S*H.” The other 10 are Super Bowls, including this year’s game between the San Francisco 49ers and the Kansas City Chiefs, which drew 102 million viewers. So it’s no wonder that the gridiron showcase has become as hallowed turf for advertisers as for the athletes on the field.

For marketers, it’s one of the increasingly rare opportunities to reach millions of viewers amid growing media fragmentation. And they jump at the chance—Fox sold its inventory in record-breaking time this year, even with spots commanding as much as $5.6 million for 30 seconds.

Brands are willing to make such big investments because the payoff can be huge. A brilliant ad, executed perfectly, can not only elevate brand equity exponentially but even achieve iconic status in the cultural lexicon as Apple’s 1984, Budweiser’s Whassup, and more recently, Tide’s It’s a Tide Ad and Amazon’s Alexa Loses Her Voice campaigns.

And it’s a critical proving ground for the creatives who make those ads. As Fred Levron, worldwide creative partner at FCB Global, and longtime Super Bowl ad maker, recently wrote in shots.net: “The Super Bowl is becoming the one time of the year when our industry reminds itself of its true role for business, for brands and for people: to make people love brands by using great creativity.”

Most people have a sense of the tremendous amount of talent, teamwork and money that it takes to bring that great creativity from concept to finished ad. But fewer know that the process for getting ads on the screen is similarly complex and requires as many months of strategizing and planning—which can be upended by any number of factors.

PLANNING FOR THE UNIMAGINABLE

This year Toyota, Genesis, Hard Rock and Planters made last-minute changes to either their content, campaign strategy or both in response to the helicopter crash that killed nine people, including basketball legend Kobe Bryant. It was a fitting response and important for brands to get it right.

Tragedies are an extreme, and thankfully uncommon, example of what can change the campaign playbook, but there are many more mundane issues that can sideline an ad, which is why we are always onsite at the network in the week leading up to the game. Every year we see a range of issues that crop up in the final days, including those linked to audio, closed captioning, eleventh-hour revisions and more. All these things can compromise ad delivery, which in turn compromises brand reputations, months of work and millions in investment. It’s all to be expected when so much is on the line for every brand and it makes us especially proud to have delivered 70% of the in-game spots, including all NFL promos, for the linear TV broadcast and more than 80% of the digital in-game ads.

IT TAKES A VILLAGE

The creative cream of the crop—from Ellen and Portia’s Alexa ad to Bill Murray’s reprisal of his Groundhog Day role, Google’s Loretta ad, Hyundai’s “smaht pahk” spot featuring Boston-bred celebrities and many more—are all examples of the quality, engaging storytelling that has made the big game an advertising touchstone. And while the casual viewer probably appreciates the extra dose of creativity we see in these ads, they likely don’t understand the complexities of everything that could go wrong. But the reality is, to ensure that the broadcast is disaster-free, it takes the proverbial village (or perhaps a small town), of various teams working diligently behind the scenes.

Super Bowl ads are known for their celebrities, but whether one features a marquee name or lesser known actors and musical performers, making sure everyone gets paid according to contracts is important business, with significant financial consequences if brands violate the terms. The unsung heroes who ensure brands remain in compliance are the talent and rights experts, who work with creative agencies to manage the complex array of union contracts and enable the agency teams to keep their focus on what they do best—the creative.

The behind-the-scenes work is ongoing throughout every step, from the ad’s creation to its final airing. At the onset, there’s the clearance team, whose important role is to ensure the concept for the ad is in compliance with broadcast requirements. Post production, there are account managers who make sure the finished ad content from the agency, post house or brand gets to the network.

After the managers coordinate the upload of the files and enter the metadata into the delivery platform, it’s the traffic team’s turn. They’re the ones who integrate the agency’s media plan and the placement to create traffic instructions that tell the network where the spot is airing. Finally, the operations team handles closed captioning while the quality control team checks the spots to ensure that there aren’t any issues with sound, visuals, etc. And while all this is going on for the linear broadcast spots, the digital team works on getting the campaigns for the Super Bowl served on all kinds of destinations including mobile, connected TV and more.

This year’s game was high on the excitement meter as Patrick Mahomes proved why he is the best QB in the league by leading his Chiefs from a 10 point deficit to win the game. And according to both viewers and the trades, this year’s ads scored similarly high in engagement. But the actual Super Bowl was determined in the last 90 seconds of the contest and no one wants that for the ad game, unless you’re sure your team can pull in the win no matter what time is left on the clock.

Melinda McLaughlin is the chief marketing officer of Extreme Reach.