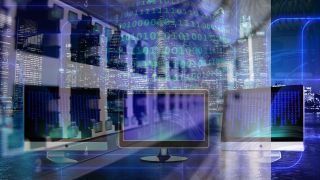 When you consider major media industry advances such as HDR, professional media over IP, IMF, digital cinema and synchronization over IP, you don’t need to look far to see the importance of SMPTE standards. Supporting the latest IP-based live media workflows, as well as non-real-time file-based workflows, and enabling use of advanced media formats, SMPTE standards remain as relevant and valuable as ever.

Standards are and always have been vital across many industries because they allow different systems and technologies to interoperate seamlessly. They establish a level of trust between vendors, as well as between vendors and end users, that different systems can be integrated and implemented with success. Further benefits of standards include creation of a common language in describing technology and its capabilities as well as performance, facilitation of interaction among businesses and acceleration of innovation and the introduction of new products to market.

As a standards body, SMPTE takes on key roles:

SMPTE documents describe interfaces between services rather than the services themselves, frameworks rather than components, agreed-upon minimum viable designs rather than speculative proprietary elements and consensus on both the necessary and shared metadata rather than every possible metadata element.

This approach yields standards that can be embraced across the industry, and it allows for early implementation as well as iterative improvements over time to make each standard even better, more interoperable and more relevant to new business conditions or consumption habits. Equally important, it levels the playing field, making new technology openly available to a broader market and ensuring that the underlying technology for any given implementation is harmonized.

PLUS: What SMPTE-2110 Means for Broadcasters

WHY ARE STANDARDS SO IMPORTANT NOW?

The COVID pandemic has accelerated developments that were already underway, and many media organizations have moved forward more boldly in migrating from SDI to IP, from a push-based distribution model to a collaborative supply chain, from physical hardware to virtualized software systems, from equipment rooms to the datacenter, from physical equipment to cloud- and service-based workflows, from centralized to distributed productions, and from manual tasks to automated workflows.

SMPTE standards support and simplify all of these advances.

For example, SMPTE standards, including SMPTE ST 2110, are enabling the move away from specialized interfaces, like SDI, to common commodity interfaces and IP networks that allow organizations to explore more flexible and entirely new media workflows. The first steps involve the move into an IP infrastructure with software-only applications running on commodity hardware. This shift in turn allows virtualization and the move into data centers, and the next step from there is the move into the cloud. Once monolithic software is split into microservices, organizations can build cloud-based workflows based on these microservices, which then allow for distributed production of content.

In effect, the move to the cloud enables a sharing economy in which organizations can take advantage of distributed facilities and resources, free from time zone and geographic limitations. In theory, all parts of the workflow could be sourced that way.

Standards matter in this world because organizations that move into the cloud may rely on multiple cloud vendors to enable the microservices that drive their workflow. Coming from different vendors, microservices in the cloud must be able to communicate with one another, and those communications must be interoperable. That’s where standards will play a vital role.

IMF is another good example of the need for interoperability in the cloud. The vision for IMF is that at some point, a single file sitting in the cloud will serve as the resource for any and every version needed for distribution. The opportunities for greater efficiency and flexibility are immense.

As the industry moves from traditional infrastructure into the cloud, standards are absolutely necessary to ensure interoperability. All of this change is disruptive, and it is redefining the ways different companies work together and how their solutions interoperate to support new production and distribution workflows. Standards organizations such as SMPTE exist to address these challenges and to provide an open and innovative forum to enable discussions on next-generation technology.

SMPTE serves as an entry point for the new technologies enabling the industry to evolve. It provides peer-reviewed standards that help organizations build efficient, interoperable infrastructure based on diverse and open technologies. With a foundation of SMPTE standards, it is easier for every organization to shift to cloud-based operations and the coming sharing economy.

Thomas Bause Mason is director of standards development at SMPTE.