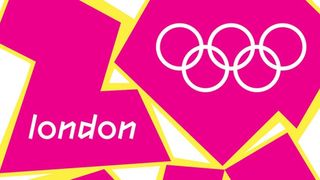 More than 17 million people watched 15 minutes or more of the BBC’s online coverage of the Olympic Games spanning 24 interactive live streams, but only 0.5-percent of viewing was in 3-D.

The BBC was trialing 3-D coverage of the Games for the first time, but with disappointing results typified by the men’s 100m final, watched by only 66,000 in 3-D out of a total 20 million in the country.

This reflects how 3-D is failing to catch on for high-profile sporting events, being confined largely to specialized content and movies designed specifically around it. For sporting events, particularly short ones such as sprints, people do not want to be bothered setting up for 3-D and putting on goggles.

However, the BBC was positive about the level of viewing for its 24-screen “Red Button” coverage of the London 2012 Olympics. The BBC said it recorded 18 million unique browsers visiting the Sport Olympics webpages, with a daily peak of nearly 8 million in the UK and 10.4 million globally, beating the previous Sport site records of 5.7 million (UK) and 7.4 million (global).

Activity was boosted by the record medal haul achieved by the UK, since viewing peaked when a competitor or team from the country was closing in on a medal.

Even on the 3-D front, the BBC could note slight encouragement in that its broadcast of the recent Wimbledon tennis championships men’s singles final between Britain’s Andy Murray and Swiss player Roger Federer attracted 17 million viewers in 2D, but only 30,000 in 3-D.

This equates to a 3D-to-2D ratio of 0.18 percent, compared with 0.42 percent registered during the opening night of the Olympic Games, and 0.39 percent for the men’s 100m final.