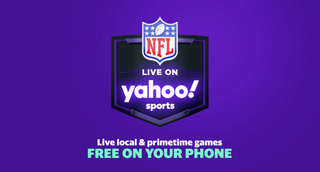 NEW YORK CITY—Ever wish you could watch a football game with a buddy who isn’t there? Verizon Media today announced a deal with the NFL to make it possible to do the next best thing.

This season the company will offer a new feature called “Watch Together,” a way of sharing the viewing experience, enabling fans to video chat with one another on their phones while watching live local and primetime games in the Yahoo Sports app.

Watch Together for NFL Live on Yahoo Sports will enable a user to invite as many as three people to watch live synchronized streams of NFL games on their phones. It will debut Sept. 10 for the 2020 NFL Kickoff as the Kansas City Chiefs host the Houston Texans at 7:20 p.m. Central on NBC.

While the NFL is the company’s first launch partner, Verizon Media says the same feature can enhance viewing a range of live events from other sports to music.

“Leveraging Verizon Media’s ecosystem, technology and streaming capabilities, we have the unique ability to create powerful and immersive entertainment experiences of the future like no other,” said Verizon Media CEO Guru Gowrappan.

Yahoo Sports also will roll out a new feature this season called “Yahoo Sports PlayAR,” a way for fans to see graphical replays of key plays across all games in what is being described as “near real-time.” The NFL’s Next Gen Stats proprietary tracking data will be layered on screen with enhanced game stats for those player participating in particular plays. Yahoo Sports PlayAR will be available on Sunday’s live NFL match-ups on Yahoo Sports.

More information on "Watch Together" is available online.