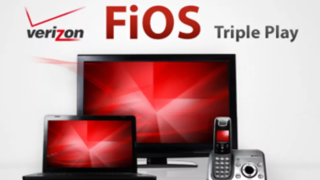 NEW YORK—Verizon has shared its second quarter 2020 financial report, which shows that it loss 81,000 Verizon Fios TV subscribers, in large part due to the shift from traditional linear video to OTT offerings, the company says.

According to TVT’s sister publication Next|TV, Verizon Fios TV at one point had more than 5 million subscribers. As of this most recent financial report, the service’s number of subscribers has now fallen below 4 million.

It is an industry wide trend as more and more consumers cut the cord to traditional services. AT&T reported earlier this week that it had lost 886,000 traditional pay-TV subscribers, while its new HBO Max streaming service was growing. Also, a new study from Roku reported that 32% of U.S. TV homes no longer have a traditional pay-TV service.

Verizon has been attempting to draw customers in recent months by offering free, year-long subscriptions to new streaming services like Disney+ and the vMVPD YouTube TV.