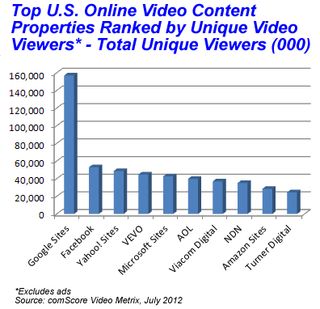 The comScore Video Metrix service statistics for the 9.6 billion ads viewed in July reveal that the ads watched per viewer reached nearly 61 for the month and that percent of the total U.S. population reached by online video ads hit 51.6 percent.