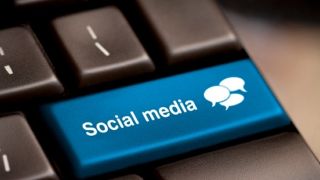 Consumers in the United States say they get greater value from online media than they derive from offline media, according to new research from The Boston Consulting Group (BCG).

On average consumers online receive a benefit, which BCG dubs a “consumer surplus,” of $970 per year, compared to about $900 annually for offline media. According to BCG, a “consumer surplus” is the value consumers themselves assign to a media-related activity or product over what they paid for it.

The findings, presented in “Follow the Surplus: How U.S. Consumers Value Online Media,” looked at the surplus consumers say they derive from books, radio and music, U.S. newspapers and magazines, TV and movies, video games, international newspapers and magazines, and user-generated content (UGC) and social networks. At the top of the surplus scale was USG and social networks ($311).

"This surplus [from online media] will only continue to grow, driven by consumers' appreciation for an expanding array of high-quality content and the proliferation of devices," said BCG senior partner and coauthor of the report John Rose.

"Shrewd media companies that build effective digital capabilities will enjoy opportunities to extract some of this growing consumer surplus for themselves," said Neal Zuckerman, a BCG partner and coauthor of the report.