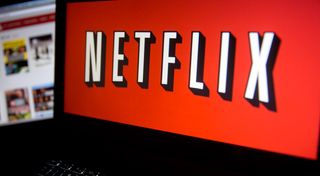 TEXARKANA, Texas—Netflix and Hulu are behind on their bills, according to a lawsuit filed by the City of New Boston, Texas, on Aug. 11.

The class action lawsuit claims that Netflix and Hulu “should be and are required by law” to pay municipalities statewide a franchise fee of 5% of their gross revenue because they use broadband wireline facilities located partly in public rights-of-way.

According to the City of New Boston, since the streaming giants rely on these facilities to deliver their services, the companies were required to file an application with the Public Utility Commission of Texas for a state-issued certificate of franchise authority (SICFA) prior to providing video streaming services. Per the lawsuit, Netflix and Hulu have failed to apply and obtain a SICFA, and therefore provide their streaming services without authorization.

Had the applications been submitted, the suit says that a SIFCA would have been authorized as long as Netflix and Hulu made quarterly franchise payments to each city where it provides services—which would equate to the aforementioned 5% of gross revenues.

“Plaintiff New Boston, individually, and on behalf of other Texas municipalities, seeks to require Defendants to abide by the Texas Utility Code, and pay what they owe to these municipalities,” the complaint reads.

According to the Hollywood Reporter, the City of Creve Couer, Mo., filed a similar lawsuit in 2018 against Netflix, Hulu and other companies. Netflix argued in that case that it is not a video service provider and as result not subject to those rules. The case is still pending.

Neither Netflix nor Hulu has offered a comment regarding this new lawsuit.

The full lawsuit can be found online.