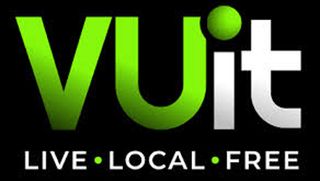 NEW YORK—Syncbak has created what it believes can be a centralized national streaming service of local television stations called VUit (pronounced “view it”). The goal of this free, ad-supported streaming service is to be “the Netflix of live, local and free.”

Each participating station has committed to produce and stream at least 12 live events a year exclusively known as VUit Originals, which will range from sports to concerts, cultural events to news specials.

“With VUit, we are turning the traditional network concept on its head,” said Jack Perry, CEO and founder of Syncbak. “Broadcast networks are built top down with the national feed as the core lens to the world. Meanwhile, VUit is grassroots up, enabling viewers to see what is happening in every community. … The way we see it, VUit is the perfect complement to binge culture. After you binge, you come to VUit to enjoy the best of local news, sports and culture from anywhere you want.”

In addition to station specific channels, VUit will feature themed channels, like “Politics Uncut,” using Syncbak’s autobuild technology and programmed and populated with content from participating stations. There will also be investments in original content that covers topics like business, food and music videos.

On the business side, stations’ local ad sales teams can work together to promote VUit Originals and sell against them locally with Syncbak’s live dynamic ad insertion technology adSync.

Syncbak says that Gray Television has made an investment in the company to assist its execution for widespread distribution and adoption of VUit.