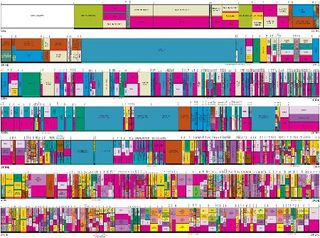 WASHINGTON: U.S. Sens. Olympia J. Snowe (R-Maine) and Mark Warner (D-Va.) have re-introduced legislation to inventory the airwaves. The pair have resurrected the “Radio Spectrum Inventory Act, which directs the National Telecommunications and Information Administration and the Federal Communications Commission “to create a comprehensive inventory of each spectrum band,” how it’s being used and by whom. It would also create a central website “that would include relevant spectrum and license information accessible by the public.”

Snowe first introduced the bill in 2009, along with Sen. John Kerry, (D-Mass.). It was unanimously reported favorably out of the Senate Commerce Committee in July of 2009, but failed to pass on the floor. In 2011, Kerry and Snowe attempted to include inventory language in the legislation authorizing TV spectrum incentive auctions. The Middle Class Tax Relief and Job Creation Act, which provided that authorization, did not address a spectrum inventory.

“With the enactment of ‘Middle Class Tax Relief and Job Creation Act’ earlier this year, Congress took a notable but incremental step in an effort to free up additional spectrum to meet the growing demand of wireless broadband,” Snowe said. “I believe more can and must be done to meet the future needs of all spectrum users and properly address existing spectrum challenges. This includes a comprehensive spectrum inventory, more strategic and long-term planning of spectrum resources, and greater collaboration between the FCC and NTIA.”

Warner, now a co-sponsor of the Inventory Act, said, “Every mobile technology and most successful startup companies in the last 20 years could not have taken off without the use of spectrum in some form. However, spectrum is a limited resource, and we need a comprehensive inventory of spectrum to better assess how we are using it. This bipartisan legislation takes a necessary step in that direction.”

The bill directs the FCC and the NTIA to perform an inventory of each spectrum band between 300 MHz to 6.5 GHz, at minimum.

“The bill also provides more transparency related to spectrum use by creating a centralized website or portal so the public can access relevant spectrum and license information,” Snowe’s press release said of the bill. “The legislation makes appropriate disclosure exceptions for spectrum being used or reserved for national security and public safety activities.”
~ Deborah D. McAdams

May 9, 2012:“Broadcast Lobby Calls for Spectrum Inventory”
The broadcast lobby is asking for a spectrum inventory once again after previous efforts failed to secure Congressional action.

March 28, 2012: “FCC’s Auction Expert Firm Advised by Reed Hundt”
Hundt, who headed the commission from 1993-97, said at a Columbia Business School event in 2010 that he an other regulators “decided in 1994 that the Internet should be the common medium in the United States and broadcast should not be.”

November 1, 2011:“Sinclair Calls for Spectrum Inventory”
“America cannot get this back after it is sold. Congress should postpone any auction considerations until after a thorough spectrum audit is completed.”

October 13, 2011:“Battle for Control of Airwaves Intensifies”
The broadcast and wireless lobbies briefly played nice this week to jointly oppose new spectrum fees, but the battle to control the airwaves waged on in the background. A consultant to the wireless industry today released a “counter analysis” to recently released Citigroup research refuting a spectrum shortage.

September 26, 2011:“Analyst” Spectrum Control is Constraining Supply”
Squatting is the main problem with spectrum, not a looming shortage. That’s the conclusion of a pair of analysts at Citigroup.

April 26, 2011:“Spectrum Crisis is ‘Science Fiction,” NAB’s Study Concludes”
The looming spectrum crisis is manufactured, according to a former Federal Communications Commission official. In a study commissioned by the National Association of Broadcasters, Uzoma Onyeije says the “spectrum crisis is factually revisionist.”

June 20, 2011:“Congressman Asks FCC To Explain Its Spectrum Analysis Model”
John Dingell wants to know how many people would lose over-the-air TV if broadcasters lose 40 percent of their spectrum.