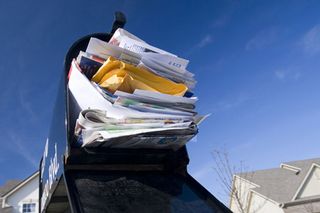 NEW YORK: The volume of spam e-mails fell this month to the lowest level in nearly two years, according to a report from Symantec’s MessageLabs. Spam accounts for 78.6 percent of e-mail traffic, down 3.1 percent from December and 5.3 percent from January 2010. The previous low-water mark was in March 2009 when 75.7 percent of e-mail traffic was spam.

For all of 2010, spam accounted for 89.1 percent of all e-mail, reaching a daily average of 130.5 billion missives. MessageLabs said the decline started in the second half of the year after traffic peaked in July at around 240 billion e-mails per day. By Dec. 24, volume fell to 80.2 billion and plummeted a further 58 percent on Christmas Day.

MessageLabs traced the decline to the three botnets coming down. One was Rustock, the largest single source of spam, generating about half of all junk e-mail traffic. Rostock resumed Jan. 10, but at a lower level of output, accounting for about 17.5 percent of all spam.

Categorically, pharmaceutical spam was by far the largest, accounting for 59.1 percent of all traffic. Unsolicited newsletters were next at 14 percent. Watches and jewelry accounted for 7.9 percent; dating and sexual e-mails, 6 percent.

MessageLabs reports are available at Symantec.