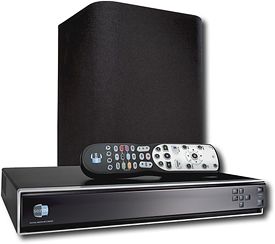 Sezmi, the company providing video programming services in 38 markets in the United States by using a mixture of off-air broadcasts and Internet video, has partnered with YTL Communications, the Internet arm of YTL Corp., Malaysia's leading utility and infrastructure company, to launch "Asia's first converged intelligent TV and Internet service."

The service will provide wireless delivery of all consumer entertainment and communications to homes and mobile devices in Malaysia by the end of 2011, according to a Sezmi press release. The planned service goes beyond what Sezmi is providing in the United States, encompassing voice, data, and television services to both fixed and mobile devices. It will use a hybrid broadcast and 4G network.

"YTL Communications started with a clean slate to build the world's first converged 4G network in Malaysia," said Wing K. Lee, CEO of YTL Communications. "Sezmi shares our vision of delivering amazing new experiences. As experts in next-generation television who have already developed and deployed a hybrid television network in a demanding market such as the U.S., Sezmi brings to us a deep understanding of both customer and technology requirements needed to deliver to Malaysia the world's first all-wireless hybrid-TV service to enrich the lives of consumers."

Could a similar partnership between broadcasters and telecom providers work in this country?