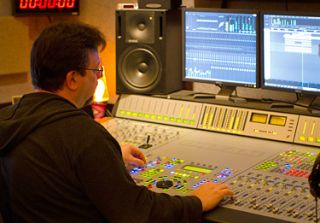 SYDNEY, AUSTRALIA: Doner, a full-service ad agency based in Detroit, relies on Fairlight’s Constellation console and recently upgraded to the CC-1 FPGA media engine for all in-house post-production needs, the vendor said.

Some of Doner’s most notable work can be seen in the popular commercials for Serta with the counting sheep and their work with Choice Hotels and other brands. Doner’s work ranges from television and radio to video production for client presentations. Doner recently upgraded both of its studios with the CC-1 media engine, allowing more flexibility and support while also allowing members of the Doner team to work in both studios utilizing the same console.