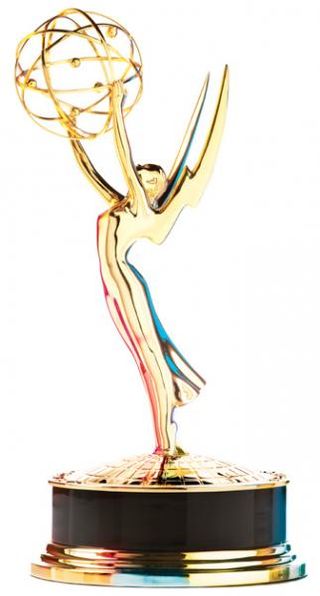 The winners of the Engineering Emmys, which will be presented Oct. 24 at a ceremony at the Loews Hollywood Hotel, include:

Colorfront ia getting an Emmy for its Colorfront On-Set Dailies which, “allows high-end episodic television shows that switched to digital file-based workflows to process and deliver multiple hours of footage each day so that dailies requirements could remain unchanged and deliver color-graded, sound-sync images with burn-ins in multiple file formats for editorial, production review, DVDs, viewing copies etc.”

Filmlight won for its Truelight On-Set and Baselight TRANSFER. According to the Academy, Truelight On-Set “applies ASC CDL standard color correction to the live feed of digital cameras, allowing cinematographers and directors to make color grading decisions while shooting;” and “keeps on-set monitors properly calibrated so ASC CDL metadata can be applied to dailies and final color correction, preserving the creative intent established on-set while retaining the full dynamic range of the camera image.”

Baselight TRANSFER will get an award, the Academy said, for the innovative way it is deployed "near-set to handle the end-to-end requirements of dailies workflow, from ingest and review through to the generation of material for editorial, VFX and other deliverables;” and “transcodes raw files from all common digital cameras, syncs sound, applies color and burn-ins and manages metadata.”

The Academy of Motion Picture Arts and Sciences received an award for its Academy Color Encoding System (ACES). According to the Television Academy, the latter is “a SMPTE standards-based color management architecture designed for the production, mastering and long-term archiving of motion picture and television (non-live broadcast) production content.”

Among other things, the Academy said, ACES “provides a set of digital image encoding specifications, transforms and recommended practices that enable the creation and processing of high-fidelity images,” and “offers a larger dynamic range of scene tones, a wider color gamut and greater mathematical precision than is possible with 10-bit Cineon encoding or High Definition Television standards such as ITU-R Rec. BT.709.”

The American Society of Cinematographers won for its Color Decision List (ASC CDL). According to the Academy, the CDL spec “enables primary color correction data to be passed from the shooting set to dailies and editorial post, as well as interchanged between different color correction systems and applications;” and “helps communicate scene-specific ‘looks’ throughout the production and postproduction pipeline in an iteratively modifiable fashion that can also form the basis or starting point for final color grading.”

Dolby Laboratories was recognized for the Dolby PRM-4200 Professional Reference Monitor, described by the Academy as “a Grade 1 monitor that offers a new standard for critical viewing applications. The monitor renders true black levels, highly accurate dark detail, and the most precise color possible at all luminance levels and in all formats,” the Academy said.

“Dolby uses their patented process called Dual Modulation: a modulated LCD in concert with a dynamically modulated LED backlight unit which forms the process that gives exceptional image quality. The backlight is a full array of fully modulated LED’s and with filtering provides full accuracy of Blacks, Color and Grayscale. Perhaps the most innovative feature of the monitor,” the Academy said, “is its ability to accurately display the full latitude of today’s high-end digital cameras.”

Sony Electronics received an award for its BVM E250 OLED Reference Monitor which, according to the Academy, “incorporates groundbreaking processing and imaging capabilities designed to truly replace CRT in critical viewing;” and “has transcended the other panels, including CRTs in resolution, colorimetry, black level, magnetism and weight.”

Netflix was awarded for its instant streaming service. “Today, more than 27 million subscribers regularly access the Netflix streaming service from 800 types of consumer electronic devices,” the Academy said. “Netflix Streaming Service delivers over 1 billion hours of TV shows and movies each month and accounts for up to 30 percent of ‘last-mile’ Internet traffic in the U.S. on any given night.

The Netflix cloud infrastructure — cloud-based video encoding and encryption, cloud-based bookmarking, multiple-profile stream encryption, ‘Open Connect’ content delivery network, adaptive streaming technology, dynamic app updates, and personalization technologies — delivers the service at scale with 99.99 percent availability. The major patent portfolio that Netflix has developed, combined with the scale of service delivery, widespread market use of the services and the validation of an alternative business model for television distribution has changed the television industry in fundamental ways.

Toon Boom Animation received recognition for Storyboard Pro. “Storyboard Pro is the only true storyboarding application that offers all the key tasks that storyboard artists require for any type of project, be it animation or live-action,” the Academy said. “The software boasts all the necessary tools available: key functionalities include powerful drawing tools, import of existing artwork and photos, camera movement capabilities, sound synchronization and animatic creation.

The winner of the Philo T. Farnsworth Award — which honors companies and other organizations whose contributions over time have significantly impacted TV technology and engineering — is Eastman Kodak, due to its “long history of contributions to the television industry, among which are innovation and leadership in image capture, processing and manipulation.

Known as “the filmmaker’s film maker,’” the Academy continued, “Kodak has also made many significant contributions that ushered in television production’s digital age. The company’s pioneering work in creating and deploying Cineon systems for scanning and enhancing high-resolution images paved the way for what is now commonplace in high-definition postproduction. It also produced image-scanning technology still used in the postproduction and restoration of film-based images for television. Kodak’s research in electronic imaging contributed significantly to the invention of digital cameras that now dominate prime time production.”

The winner of the Charles F. Jenkins Lifetime Achievement Award — which honors a living person whose contributions have significantly impacted the state of TV technology and engineering — goes Dr. Richard Green, the founder and former president and CEO of CableLabs. According to the Academy, Green “guided the cable industry through the transition from its analog roots to the broadband architectures of today, stressing interoperability and standardization across a broad range of operators and suppliers.”

The Engineering Plaque honors achievements that “exhibit a high level of engineering and are important to the progress of the industry” and that are “on a different level of technology and industry importance than the Emmy statuette.”

“Adobe Pass has been embraced widely by major U.S. pay-TV operators and has enabled the rapid development and deployment of TV Everywhere applications and services to their customers and furthering the evolution of the television experience and digital content across multiple screens and device types,” the Academy said.