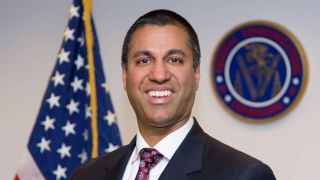 WASHINGTON—A proposal to establish new disclosure requirements for broadcast TV and radio content sponsored or provided by foreign governments has been made by FCC Chairman Ajit Pai.

Pai’s proposal comes in the form of a Notice of Proposed Rulemaking, which would amend section 73.1212 of the FCC’s rules to require a specific disclosure at the time of a broadcast if a foreign governmental entity provided the content.

The current rules, according to the commission’s announcement, do not specify how and when foreign government sponsorship of content should be disclosed to the public. The proposed rules would provide standardized disclosure language for stations to use in such instances to specifically identify the foreign government involved.

“American TV viewers and radio listeners have the right to know if a foreign government is behind the programming they are consuming,” said Pai. “With some station content coming from the likes of China and Russia, it is time to update our rules and shed more sunlight on these practices. I hope my colleagues will act quickly to approve this proposal so we can help the American public be informed when they may be watching or listening to foreign-government propaganda.”

The existing rules date back to the Radio Act of 1927 and were designed to prohibit stations from disguising advertising as program content, the FCC says. Pai believes that these new rules would expand transparency by applying it to foreign government and political parties.