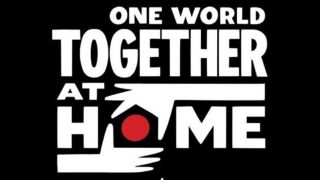 NEW YORK—The One World: Together at Home Concert was an event that millions of people shared as they stayed home because of the coronavirus, with Nielsen reporting that an estimated 20.7 million people tuned in across the 30 networks the concert aired on.

The One World concert took place on April 18 from 8-10 p.m. ET live on 26 networks, and tape delayed on four others. The concert featured performances from the likes of Lady Gaga, Paul McCartney, Stevie Wonder, Billie Eilish, Elton John and more.

Nielsen reports that there were 4.9 million total interactions across Facebook, Instagram and Twitter about the concert on April 18. It says the program was the most social telecast across TV on its airing date and most social special through March and April to date.

PLUS: Nielsen: Content Consumption Will Rise 60% During Self Isolation