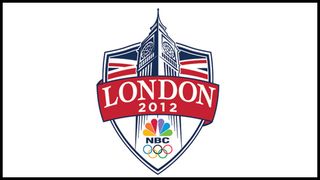 The Summer Olympic Games always provide a welcome respite from the political campaign coverage, the tit-for-tat, mud-slinging commercials and the incessant talking heads. With a Congress at vitriolic loggerheads and presidential opponents mounting increasingly scurrilous attacks against one another, that breather this year was particularly attractive. Trading news-cycle discussions of red and blue states for sports talk about our red, white and blue medal winners provides for much more enjoyable television viewing. Of course, we can’t completely escape politics, as NBC’s reported Summer Olympics $1 billion-plus in ad revenue included lots of political ad spending.

With the Opening Ceremony and some portions of the 2012 Summer Olympic Games having been seen by in excess of 1 billion viewers, there is little doubt that the Olympics has become the premier television event. NBC Universal paid $1.18 billion for the U.S. media rights and provided 5535 hours of on-air and online coverage, including live streaming of every single athletic event. These Games perhaps should have been called the Omnipresent Olympics; televisions and tablets, cell phones and computers — they were everywhere.

This is a far cry from where things began. The first Olympic Games to be commercially televised in the United States were the 1960 Winter and Summer Games. That was during the era when both events were held during the same year. That year, for the rights to televise 15 hours of the Squaw Valley, CA, Winter Olympics, CBS paid the munificent sum of $50,000 — that’s right, $50,000.

The Summer Olympics, always with a larger following than the Winter Games, were held in Rome that year, and CBS paid $394,000 for television rights entitling the network to broadcast 20 hours of coverage. This disparity in rights value was a portent of things to come.

Well before the advent of satellite-relayed television, CBS rose to the challenge of providing often same-day coverage of the events in 1960 Rome. In 1956, CBS became the first network to adopt the use of a new technology pioneered by Ampex — videotape recording. Having a few years’ experience with this technology, CBS shipped recorders to Rome and captured the games on videotape.

Taking advantage of the time-zone favorability between New York and Rome, CBS could fly tapes of that morning’s events to New York in time for same-day evening airing on the network. As New York motor vehicle traffic was a problem even back then, CBS left nothing to chance; rather than driving the tapes in to the broadcast center from the airport, the network set up a mobile tape play facility adjacent to JFK.

The price tag of coverage

Clearly, with rights coverage fees having grown from $50,000 to $1.18 billion, television coverage of the Olympics is secondary in importance only to the athletes themselves. In a stroke of financial genius, the International Olympic Committee (IOC) decided in 1986 to split the Summer and Winter Games beginning in 1994, giving us the biennial schedule we currently have. The separation, calculated the IOC, would enhance the value of the broadcast rights for the always lagging Winter Games.

And right they were. Just look at last year’s bidding war. It produced a total winning bid from NBC in excess of $4.3 billion for the Games of 2014 through 2020. NBC broke it down as $775 million for the 2014 Winter games at Sochi, Russia, and $1.22 billion for the 2016 Summer Games at Rio de Janeiro. The broadcast rights for 2018 Winter Games at Pyeongchang, South Korea, were valued at $963 million. The venue for the 2020 Summer Olympics — Istanbul, Madrid or Tokyo — will not be announced until next year, but NBC’s winning bid valued the coverage at $1.41 billion.

—Anthony R. Gargano is a consultant and former industry executive.