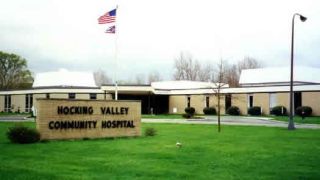 LOGAN, OHIO: The Hocking Valley Community Hospital in this Midwestern town has deployed a medical white-space broadband network. The hospital was aided by Google and Spectrum Bridge on the project.

The Hocking Valley Community Hospital is a 25-bed critical-access hospital with an 18-bed skilled nursing facility, and a 10-bed geriatric psychiatric unit. Spectrum Bridge of Lake Mary, Fla., said the Ohio hospital is the first to use unoccupied TV spectrum for a telemedicine network.

It was created by establishing a wireless data link between a local Internet service provider and the Logan-Hocking County Health Department. WiMax radios from Airspan are placed in and around the hospital for access throughout the campus. The network’s being used to transfer data from ambulances and fire trucks, for indoor broadband access and outdoor surveillance.

The Hocking hospital is Spectrum Bridge’s fourth white-space network deployment. The company maintains a database of broadcast television spectrum, and tracks those frequencies not in use. The third-party usage of so-called “white spaces” was triggered by last year’s full transition to digital television. The white spaces, formerly known as “taboo channels,” were left mostly fallow during analog transmissions to prevent co-channel interference between broadcast signals. The same protective measures were deemed unnecessary for digital broadcasting.

The Ohio deployment comes as the FCC prepares to issue a second order on white spaces at its regular meeting Sept. 23. That order will finalize the rules and provisions for unlicensed consumer devices allowed to operate in white spaces. (See “FCC to Issue Second White Spaces Order.”) Provisions likely will include whether or not unlicensed devices are required to ping a dynamic spectrum database, for which the FCC is still mulling an administrator. Both Spectrum Bridge and Google are among companies vying to manage the spectrum database.