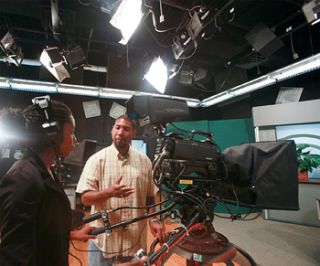 WOODBURY, N.Y.: Hitachi recently signed a deal with Norfolk State University for three SK-HD1000 digital high-def cameras for use in their television studio, operated by the School of Liberal Arts.

Students enrolled in the Mass Communication degree program will use the cameras as part of their media lab requirements and to produce video content for class projects. The Hitachi brand was chosen based off of positive feedback from a few Hitachi Z-3000 models acquired by NSU some years ago. The cameras are reportedly still operational, though NSU decided to make the transition to HD to best prepare their students for the professional studio environment.

“Our students have really embraced these new cameras for their projects, which include music videos, newscasts, and other videos that rely heavily on green or blue screen keying and effects,” said Lateef Gibson, video producer/director for NSU, in a press release. Student productions are primarily shown on channel 48, the campus television network.