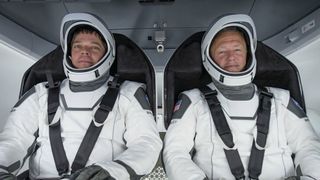 WASHINGTON—More than 50 years after viewers were glued to their TV sets for the Apollo 11 Moon landing, NASA will once again broadcast a historical mission with coverage of the SpaceX Demo-2 test flight.

Part of NASA’s Commercial Crew Program, the SpaceX Demo-2 test flight will have NASA astronauts Robert Behnken and Douglas Hurley travel to the International Space Station, the first time that a commercially built and operated American rocket will carry humans to the space station. The event also marks the first time astronauts have launched into space on American rockets and from American soil since 2011.

NASA will broadcast prelaunch and launch activities live on NASA Television and the agency’s website. The launch date is currently scheduled for May 27 at 4:32 p.m ET from the Kennedy Space Center in Florida. The docking to the ISS will be shown live at 11:29 a.m. ET on May 28.

This is intended to be the final test flight of NASA’s Commercial Crew Program, which has a goal of establishing “safe, reliable and cost-effective transportation to and from the International Space Station,” NASA said.

Media coverage of the prelaunch events will be conducted remotely because of the coronavirus pandemic, while there will be a limited number of press at Kennedy Space Center to cover the launch.

For more information and a schedule of coverage, visit www.nasa.gov/commercialcrew.