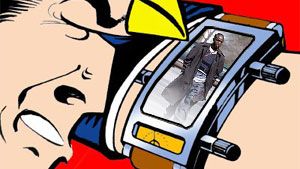 WASHINGTON -- The Open Mobile Video Coalition is being folded into the National Association of Broadcasters, the group announced today. The OMVC has been organizing and advocating for mobile DTV since 2007, and was integral in getting the standard developed. As of Jan. 1, 2013, the OMVC will be under the purview of the NAB.

“The purpose of the OMVC was to help develop a Mobile TV standard, create an ecosystem for broadcasters, manufacturers and other interested parties and to encourage device development,” said Anne Schelle, who has served as OMVC’s executive director since shortly after it began. “We’ve done that, and with the recent launch of Dyle mobile TV, operated by a consortium of broadcasters known as the Mobile Content Venture, and similar activities by the Mobile500 Alliance, Mobile TV is available in more than 35 U.S. markets covering some 55 percent of the population.”
Integration with the NAB is the logical next step, she said. Schelle will continue as a senior policy consultant to the NAB to help assure a smooth transition.

NAB President and CEO Gordon Smith applauded the OMVC’s work and pledged the association’s full support for building further momentum for Mobile TV. “The NAB is honored to assume the duties carried out so successfully by the OMVC,” he said. “Through the joint efforts of the OMVC, ATSC and innumerable technical groups, the groundwork has been laid for an exciting new TV experience delivered to mobile devices. The NAB, as the voice of the broadcast industry, is the perfect home for this activity as it blossoms into the next great U.S. technology story.”

The OMVC represents around 900 TV stations around the country. The NAB’s mobile DTV website is at www.nab.org/mobileTV.