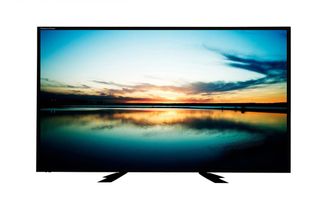 HOLLYWOOD — Seeing is believing, they say, and it’s often true ... though not when you’re referring to film and television production. For even the most routine aspects of production, “seeing” sometimes isn’t enough.

Professional monitors are able to provide accuracy that goes well beyond what can be “eyeballed,” which is important on shoots with multiple monitors or locations. Even if the user is able to judge by eye alone, he won’t necessarily be able to replicate his settings elsewhere.

“Many depend on their eyes for a certain look,” sid Russ Walker, director of strategic planning and business development at Marshall Electronics in El Segundo, Calif., “but they want to be able to duplicate that look on another day and likely on another monitor.”

With the market now divided into several segments, including TV and cable production, video production and post production, different users are looking at the same professional monitors with very different needs.

“Users require the ability to duplicate monitor settings,” Walker said. “This is most often done with LUTs [lookup tables], a series of numeric values that describe gamma, brightness, contrast, primary and secondary color points, etc. This kind of functionality is found in so-called Grade 1 monitors. This level of monitor also needs to be capable of field calibration.”

Marshall’s QV-2710 has four independent 3G-SDI inputs to enable users to view four channels at once in a quad view mode. Additionally, the QV-2710 can accept an HD, 2K or 4K signal using one or more of the 3G inputs and display a single image full screen. Walker notes that many customers do not need this many features, relying instead on the preset values in the monitor such as gamma settings, brightness and contrast. Budget and customer sophistication are the primary considerations in selecting a monitor.

“Monitors that do it all are more expensive, as the firmware is more sophisticated and the high-grade panels cost more as well,” Walker said. “We are working to offer choice in price points and capability.”

To ensure that the end user can get just the right picture, Plura Broadcast, a Phoenix-based provider of professional monitors, offers features such as LKFS loudness measurements, built-in waveform and vectorscope, video payload identification (VPID), and 16-channel audio metering with different scales.

Applications for these smaller monitors are not limited to the studio. “Built-in features such as waveform display are really helpful in the field, where it is not practical to take some of the external calibration tools,” said Nicholas E. Dugger, president of Tennessee Digital Video in Nashville.

TVLogic monitors offer tools to measure exposure and focus. “These tools are fairly ubiquitous across our product line,” says Wes Donahue, director of sales and marketing at Preco, TV Logic’s U.S. distributor. “All of the monitors on the mid- to high-end offer vectorscope, waveform and focus assist.

JVC’s 17-inch DT-V17G15Z features a 1920 x 1080 IPS panel with 10-bit processing, two gamut modes, 3G/Dual Link HD-SDI inputs, and waveform and vectorscope. “There is a lot of choice depending on what the user needs. Audio level metering is enabled on the screen, and that is another feature that can come in handy for many users. Some of the monitors on the higher end offer picture by picture [a side-by-side display of two inputs], which is helpful when matching cameras.”

TVLogic’s monitors can be auto-calibrated, and many of the models feature a built-in 3D lookup table.

As the industry moves toward 4K, the market continues to evolve to meet new needs. The demand for higher resolution is spreading beyond the studio into the field.

George Gonos, president of Leader Instruments, said, “High-quality 4K cameras are becoming so affordable that the format is being adopted by many digital cinematographers and video production companies.” His company’s LV5490 waveform monitor, he said, “is the ideal production reference both for 4K live shooting and post-shoot refining. It handles all common high-definition and standard-definition signal formats in one compact instrument.” The LV5490 is equipped with four 3G/HD/SD-SDI input channels and a wide-viewing-angle 1920 x 1080 9-inch flat-panel display, allowing precise matching of studio or outside broadcast cameras.

Steve Mahrer, Panasonic senior technology alliance manager, said that “4K is becoming a serious niche for field production and postproduction, but 4K also brings new problems. A simple yet everyday example is the ability of the DP or cameramen to actually see focus. On HD monitors, the DP could see focus on a 7- or 9-inch HD LCD attached to the camera. These HD LCDs had peaking that provided an indication of camera lens focus. Alas, 4K requires something new and better. A 4K image that is soft or not at critical focus is essentially useless and disappointing.”

Panasonic’s 31-inch BT-4LH310 LCD production monitor supports a wide color space with a 4K 10-bit IPS panel. Mahrer said that Panasonic’s 31-inch BT-4LH310 LCD production monitor—which features a 4096 x 2160-pixel LCD display with ruggedized construction, multiple professional inputs (3G/HD-SDI and HDMI), true color processing with a 3D LUT, 28V DC operation for field use and mercury-free LED backlighting—could “be the right size to fulfill the field use need.” The BT-4LH310 was designed for the field, including use in a video village for live viewing of 4K cameras, as well as for viewing dailies.

Moreover, Mahrer said, Panasonic expects that the BT-4LH310 monitor will be compatible with Academy Color Encoding System environments. ACES is an initiative spearheaded by the Academy of Motion Picture Arts and Sciences to define a standard, future-proof color space that will enable consistent color rendition in pipelines using any combination of ACES-compliant cameras, processing and display devices.

TVLogic’s 17-inch LVM-173W-3G features 12-bit video processing, 1366 x 768 resolution and two HD/SD-SDI inputs. Mahrer said with ACES, “the workflow is defined by the color space and gamma profiles of the camera, the monitoring display and the final theater projector. The ability to load an ACES 3D LUT on the 31-inch LCD so that it displays what the customer in a movie theater will see, and adjust the color accordingly, is very important.”

JVC is touting its RS-840UD Reference Series 4K 84-inch LCD monitor, which was introduced last year and began shipping in June. The RS-840UD has a native screen resolution of 3840 x 2160 and is capable of 60p input and display. It features an IPS LCD panel with 120 Hz refresh rate and 10-bit color depth.

The greater resolution of 4K allows four 1920 x 1080 HD signals to be displayed on a single monitor where cameras need to be matched, and the large display makes comparing the images easy.

“It has a stunning image,” Yanagi said. “It provides a multiview environment in situations where there is a need for large sizes, especially with 4K production.”