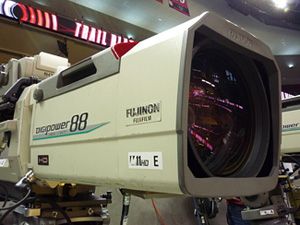 The 2/3-inch HD field lenses supplied include one XA101x8.9BESM, three XA88x8.8ESMs and three XA76x9.3ESM lenses outfitted on Sony HDC-1450 portable cameras. All lenses reportedly feature anti-fog capabilities and image stabilization, which comes in handy for MIRA, who are based just outside of Portland, Ore. and encounter all imaginable weather working up and down the west coast.

The two companies have enjoyed a long-standing business relationship going back many years. “We see this as an on-going partnership,” said Bill Duncan, MIRA Mobile Television director of engineering, in a press relase. “We come in with problems we encounter on the road, and they come up with solutions. It’s a relationship that continually proves its worth. We have excellent support, maintenance, parts replacement whenever and wherever we need it.”