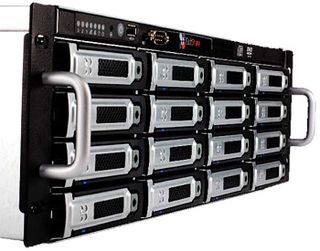 Where content producers used to have a videotape to hold and fondle and to fill up shelves with, now there’s only a file name in a Windows or Mac folder.

And while these files take up considerably less shelf room, there is the added fear of this data being deleted. That makes one feel somewhat insecure, because we’ve all lost a far greater number of files, be it an email or a document or a photo, than we’ve ever lost physical videotapes in our life so far, and there’s a sense of emptiness when there’s nothing to touch and hold or hug at the end of our painstaking production and editing efforts.

“It’s in the can” is a statement that’s well entrenched in our vernacular since the early film shooting days. The boxing of a videotape isn’t too different to the sealing of an exposed roll of film in its metal can. It’s an expression now used metaphorically to announce that something has been well and truly finished. It isn’t quite the same with a file on a server, because it’s all too easy to just open the file again and do a bit more editing and tweaking. Film and videotape were much more final.

Figure I: Large Scale MAM System The second reason is that the start to finish sequence of events involved in television production, the ‘workflow’ as we now commonly call it, must be defined completely, down to the tiniest detail, and handed over to those alien creatures, the IT people, in order to have our working life translated into millions of lines of computer code, forever held captive and to ransom, far away from the sticky fingers of the users themselves.

The third and probably most powerful reason for the users to be worried, is because the multi-million dollar cost of a full blown tapeless Media Asset Management system can only be justified in a convincing manner by the promise of a tangible reduction in the human headcount associated with the video and audio production.

A fully- blown MAM is a big pill to swallow. Is there a lower safer dose of the medicine? There just might be. Enter the mini MAM.

The mini MAM is something along the lines of a “MAM in a box”. It’s like a shrink-wrapped product that hangs on a hook in the electronics store. You buy it, unbox it, plug it in, and start using it.

With the mini MAM, there’s less need for that nasty baring of one’s professional soul or confessing of the intimate details of one’s working life to a stranger. The user is empowered to take control of the A/V content in an efficient manner without the need for an expensive and time-consuming workflow analysis and system design. Theoretically, the users themselves could go out and buy a mini MAM and set it up themselves, without all the highly paid consultants spending months to wri te lengthy requirements documents that almost nobody reads.

Dayang and Sony are among the early promoters of the mini-MAM concept. Dayang’s “iMAM” product is designed for small to medium sized workgroups, rather than as an enterprise scale platform. Similarly, Sony’s “HDXchange” takes an ‘island’ approach to managing the files that arrive at the production facility on XDCAM optical discs.

The term“ tapeless broadcasting” has been around a long time, and the concept has surely been realised in some of the production ‘islands’ within the broadcasting activity. Offline editing was the first activity to be described as tapeless, as far back as the 1980s, although it still depended entirely on videotape as the input and output medium.

Sony’s HDXchange The on-air playback of commercial breaks and other interstitial content became tapeless with the introduction of hard disk servers in the mid nineties. Long form programme playback went tapeless after the turn of the century as the price/capacity ratio of hard disk storage improved in conjunction with vastly increased efficiency for compression codecs.

Field acquisition of content went tapeless with the introduction of optical disc and solid state flash memory storage in camcorders. Yet still, videotape can be found as an everyday item in a large percentage of broadcasters and production houses around the world. The transition to fully tapeless broadcasting from end-to-end is still a ‘work in progress’ for most broadcasters.

All the aforementioned blocks are managed under a MAM Admin layer. And the Admin layer provides interfaces to the other departments like Programming, Scheduling, Ad Sales and others The MAM Admin layer also hosts the Workflow Creation & Maintenance function.

Figure II: MiniMAM A lot of these blocks in the functional diagram are overkill for smaller production organisations. What the smaller organisations really need is just a good way to manage A/V files. For several years already, many production houses adopted non-linear editing and graphics workstations but used portable hard drives as the interchange medium between users and clients. The portable hard drives essentially replaced videotape, but still required human hands for transport around the enterprise and shelves for storage.

The greater opportunity in a true MAM concept isn’t just about hands-free transporting of the A/V content over IP networks. It’s about users collaborating with each other on the network. It’s about users having access to the same content immediately and simultaneously. It’s about the status of the work itself being known immediately by all concerned.

The functional blocks within a mini-MAM system diagram are Ingest (preferably from incoming files rather than videotape), Edit Collaboratively, Archive, and then Distribute. This is a much simpler system than the full-blown enterprise scale MAM (Fig.II).

“Necessity is the mother of invention,” as the saying goes. And proof of that maxim lies in the story behind one of the earliest workgroup mini-MAM-like products, EditShare.

Already several years in the making and gaining good market share around the world, EditShare wasn’t born in the development labs of a broadcast product manufacturer. It was created by a small production crew who needed to shoot and edit for a project in Arctic climates, with Panasonic P2 as the acquisition storage medium, and they needed collaborative editing among several Final Cut Pro workstations.

EditShare more or less led the way for the mini-MAM concept and the idea will become mainstream sooner rather than later. The concept involves a central shared server that users can access from perhaps diverse editing workstations. All ingested content is visible and accessible by all authorised users, immediately. No dubbing of multiple videotapes. No waiting for your turn to use the tape.

A Dayang schematic Companies like Isilon make hard disk servers described generically as NAS (Network Attached Storage) and they boast that Final Cut Pro, Avid and various other editing workstations can access the same content within the NAS simultaneously, and with such high bandwidth that the editor can edit directly on the Isilon storage itself, eliminating the need to copy the files from storage to workstation and back.

A big selling point claimed by Isilon is that their servers can be installed, maintained and expanded by the users themselves. No need for an IT expert. This sort of product will accelerate the take-up rate of the mini-MAM concept because small enterprises and workgroups don’t want to be under the control of an IT department.

Meanwhile, back in the Engineering department, many broadcast engineers secretly yearn for the simplicity of the old days. There was a genuine pleasure and high degree of satisfaction in setting up VTRs, switchers, monitors, amps and speakers. Running and terminating cables was akin to knitting or crochet. There’s even an aesthetic quality to a nicely cabled rack with colourful wiring looms and large back panels covered with BNC connectors.

Most production people would probably admit that they actually enjoy ‘driving’ the videotape trolleys down the corridors too. In the brave new world of IT-based systems, those pleasures have mostly gone. Look in the front or back of any IT rack that was installed by the IT staff, and you’ll understand. This and the preceding paragraph try to make the point that morale has been declining among Engineering and Production Operations staff.

The mini-MAM concept represents an opportunity to rekindle some enthusiasm and restore the morale of the production staff and perhaps the Engineering staff too, for the simple reason that it gives them the opportunity to take a positive step toward a collaborative tapeless production platform, without losing all responsibility for the creation and maintenance of that platform.