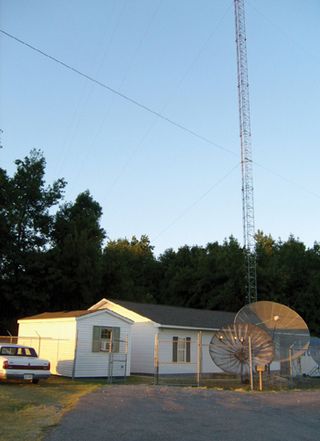 WUWT-LP (Class A) in Union City, Tenn. on Channel 2

UNION CITY, TENN.: In 2009, when the NTIA National Telecommunications and Information Administration implemented the Low Power Television and Translator Digital Upgrade Program, it set aside $44 million to assist LPTV and translator operators with financial aid toward the transition, with operators receiving up to $20,000 each. The program expires Sept. 30, 2012, but the final date to apply for funds has just recently passed. All applications had to be submitted to the NTIA by 5 p.m., July 2.

At the end of June, the NTIA reported approximately $20 million was still left in the fund, but a check of their website two weeks later revealed a large surge in the “home stretch,” with more than $8.6 million being awarded in just the last month alone. With the cutoff date for applications set at July 2, it appears that more than 20 percent of the applicants waited until the last 30 days to submit their claims.

According to NTIA, there will be about $13,880,540 remaining in the fund from the original $44 million, indicating that just a bit more than one-third of the dollars are left unclaimed when the program expires in September.

LEFT OUT IN THE COLD?
Some broadcasters have stated that they are cutting expenses, and often, translators just don’t offer the return on investment. Other broadcasters indicate that with the uncertainty of spectrum in the near future, they’re not sure they’ll be able to keep LPTV or translator channels, and they just don’t want to put any money in that direction. Even with an offset on equipment costs, there are other considerations such as tower space and equipment maintenance.

There may be any number of reasons why some broadcasters have not claimed these funds, but according to Byron W. St.Clair, president of the National Translator Association, there are 255 pending DTV construction applications for LPTV and translators, and the July 2 deadline is leaving those broadcasters with empty hands. When asked about a possible deadline extension, St. Clair said “it will take legislation to extend the program, and it’s not looking favorable at this time.”

ALL ABOUT COMMUNITY
One broadcaster who barely beat the July 2 deadline is Joe Harpole, owner and founder, of WUWT-LP (Class A) in Union City, Tenn. Harpole operates WUWT on Channel 26, with an ERP of 25kW, serving the west Tennessee area with an antenna height of about 331 feet AGL. At 87, Harpole is no newcomer to broadcasting, but he’s quite the businessman, with a very large sense of community involvement.

WWUT-LP Owner Doug Harpole celebrates the launch of the station’s new digital signal. “It’s all about the community,” Harpole said. “I have staff members who show up to do the job, and they could be making more money just about anywhere else.”

First hitting the air in 1997, WUWT (which does business by the name WOBTTV) broadcasts programming from America One, along with syndicated programs, but the station also produces and airs municipal and county meetings every month.

Harpole loves his community, but he also realizes that it takes money to stay on the air. Between the America One network affiliation and other programs required to “fill the day,” Harpole says that doesn’t leave a lot of capital just lying around, and he wasn’t going to miss the filing deadline.

For his new DTV signal, Harpole selected a USA-manufactured Pineapple Technology 1,200-Watt transmitter, with a Linear Industries encoder/multiplexer. Late last month, Harpole was on the air with an ATSC-compliant signal, but it’s not quite clear if his big smile is about being on the air with DTV, or because he beat the July 2 deadline: it’s likely a bit of both.