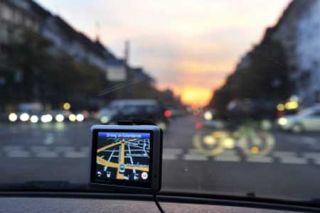 The network interfered with 75 percent of global positioning systems recently tested by federal authorities, according to Bloomberg’s Todd Shields. The National Executive Committee for Space-Based Positioning, Navigation and Timing Systems Engineering Forum--ExCom--conducted the tests in early November at the request of the Commerce Department agency that manages spectrum. The Forum will formerly present results of its test Wednesday, Shields said.

Concurrently, the Wall Street Journal reported that LightSquared’s primary investor, Harbinger Funds, is looking down the barrel of a federal lawsuit. The Securities and Exchange Commission is said to have notified Harbinger principal Phil Falcone and other Harbinger investors it plans to pursue fraud charges over preferential treatment to select investors, including Goldman Sachs.

On a third front, Iowa Republican Senator Charles Grassley is threatening to block the confirmation of two Federal Communications Commission nominees unless he receives information he requested months ago from LightSquared, Multichannel News reports. Grassley asked for documentation regarding LightSquared’s contacts with the White House after it was reported that company executives contributed $30,400 to the Democratic party while seeking a meeting with Administration officials.

LightSquared has been increasingly controversial since securing an imperative waiver from the FCC early this year. LightSquared’s proposed network was would be the first of its type, relying primarily on 40,000 terrestrial base stations with satellite transmission filing the gaps to cover the country. However, because its spectrum licenses are for Mobile Satellite Service in the L-Band, it had to obtain a waiver from the FCC for the base stations. The FCC granted the waiver in January and chaos ensued when tests showed interference to GPS systems .

The LightSquared camp said GPS manufacturers failed to build devices with sufficient interference rejection, but agreed to modify its proposed plan by launching on the half of its spectrum furthest from the GPS bands, at lower power. LightSquared said this would mitigate interference to all but the most sensitive GPS receivers.

The FCC opened up a docket on LightSquared’s modified proposal, generating an inundation of polarized comments. In general, small municipalities with limited access to broadband support LightSquared, while organizations and individuals that rely in any way on GPS technology are fighting it. The docket has nearly 3,500 filings.

The National Telecommunications and Information Administration, which manages the radio frequency spectrum, called for more tests by the FCC on the modified proposal. ExCom conducted its own tests in the meantime. Results released in July demonstrated “significant detrimental impacts to all GPS applications.” It’s unclear how the tests conducted by ExCom in November differ from those used for the July report.

LightSquared is advocating the use of filters to resolve interference to high-precision GPS devices. It commissioned its own tests from an independent lab, which revealed the network to be “100 percent compatible” with the filter-equipped devices. Lawmakers, however, question the cost and time necessary to retrofit all the high-precision GPS devices used by the military. Gen. William Shelton testified before members of a House Armed Services subcommittee in September, saying it would take more than 10 years, and that the filters could impact the accuracy of GPS receivers.

Regarding the leaked news of the latest ExCom tests, LightSquared Chairman and CEO Sanjiv Ahuja registered his dismay to the joint chairman of ExCom, Deputy Secretary of Defense Ashton Carter and Deputy Secretary of Transportation, John D. Porcari. In a letter to both, Ahuja expressed “profound disappointment and outrage,” over the leak.

“Based on Bloomberg News’ reporting, it is apparent that this leak was intended to damage LightSquared’s reputation, spread false information in the marketplace, and prejudice public opinion against LightSquared before a full and complete analysis of the testing results had been presented to ExCom, NTIA or the FCC. LightSquared has suffered serious and substantial injury as a result of this leak.”

Ahuja asked that ExCom release a statement “clarifying” the leak, and commence an investigation into it.