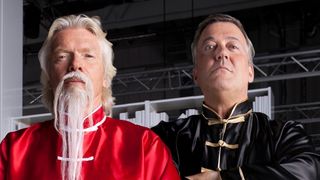 U.S.-owned Liberty Global has overtaken Sky as Europe’s largest pay TV group after its surprise acquisition of UK cable operator Virgin Media for $15.75 billion plus a further $9 billion of debt.

The deal, worth over $23 billion altogether, takes Liberty into Europe’s most profitable pay TV market, and means it is now present in 12 of the continent’s countries, including the Netherlands, Germany, Poland and Switzerland. The addition of Virgin Media’s 3.8 million subs takes it to 21.5 million, ahead of Sky (18.6), but still just behind Comcast, the largest U.S. MSO (22), and well behind world pay-TV leader DirecTV (29 million, including both its US and Latin American subscribers).

The move has been depicted as renewing rivalry between Liberty Global chairman John Malone and Rupert Murdoch, although the latter’s News Corp is only a minority 39-percent shareholder in BSkyB, the UK’s leading pay TV operator with just over 10 million TV subscribers. Malone and Murdoch clashed famously when both attempted to take full control of DirecTV a decade ago, leading to a standoff with both backing down.

Liberty Global does intend to expand Virgin Media and give BSkyB a closer run for its money. Virgin Media has done a good job shoring up its business and becoming more profitable, but currently subs growth has almost stalled at around 3.8 million, with its cable network only covering about half the UK’s households.

The operator’s plans to increase its coverage by deploying fiber for delivery over IP have been thrown into some disarray by the decision of its partner Fujitsu to withdraw from bidding for some projects under the UK government £530 million ($820 million) Rural Broadband Scheme. Telco BT, the country’s leading broadband provider but currently a poor number three for pay TV with 770,000 subscribers for its hybrid IPTV/DTT service, looks like cleaning up from this scheme, and having also acquired around 25 percent of the rights to English Premier League football for the seasons 2013-15, many analysts had though it was better placed to provide strong competition to BSkyB in the years ahead.

But, that was before the Liberty Global takeover, which begs a number of questions, one being whether it will continue with Virgin Media’s zero content strategy, of being purely a distributor.

This has placed Virgin Media in good stead over the last three years, having wrung concessions from the regulator over the price it has to pay for premium sports and movie content to which Sky owns the rights.

Another question is the future of Virgin Media’s intimate relationship with TiVo. From January 2011, Virgin Media has been converting its customers to a hybrid set top box it co-designed with TiVo with manufacturing shared between Samsung and Cisco. This has been a great success with 1.3 million of the subscribers having upgraded to receive web based content alongside the scheduled linear and VOD content through a redesigned EPG.

Liberty Global has been anxious not to rock this lucrative boat and its CEO Mike Fries has stated that, for now, Virgin Media will continue using and deploying TiVo in the UK. This followed early speculation that Liberty would immediately begin phasing TiVo out, given that it is deploying its alternative Horizon hybrid box made by Samsung in its other markets and is clearly its preferred strategic direction. Horizon has some slight advantages, such as four tuners rather than three, and better connectivity including support for WiFi, but also one or two negatives such as lack of support currently for catch up inside its EPG.

“Virgin has done a terrific job with TiVo and there’s been a tremendous acceptance among their digital subscriber base — 35 percent have already asked for the box and received it,” said Fries. “We need to learn more about the device and the relationship, but from what we understand at this level, it’s working very, very well. Thus far, when you look at the market, TiVo is a leader in the connected TV space and Virgin Media, as a result, is driving the level of innovation that competitors can’t really react to. So, I’d be surprised if we did anything to mess that up at this point.”

This implies though that Virgin Media will be aligned with other Liberty Global subsidiaries with Horizon once the current contract with TiVo runs out in four-years' time. Before then, there is likely to be pooling of resources between the two groups so that the offerings are likely to start converging well before the TiVo contract expires. Ironically, Liberty Global did consider using TiVo firmware for its customers, much like Virgin Media, before deciding instead to develop its own Horizon hybrid box in-house.

The timing of the deal is interesting in that Liberty Global might have secured Virgin Media for a much lower price earlier in the year. Virgin Media’s share price has almost doubled in the last eight months on the back of the success of its TiVo strategy and also in gaining high-speed broadband subscribers. But, Virgin Media would not have sold at that price.

One aspect of the UK market over which Liberty Global may have miscalculated, according to Peter White, senior analyst and founder of UK based Rethink Research, is that the UK regulatory situation is now more favorable for rival BSkyB. As White pointed out, the UK competition authorities were on the verge in 2011 of restricting the number of exclusive movie contracts Sky could hold, until Netflix entered the UK market. This led the Competition Commission, in defiance of communications regulator Ofcom, to insist that Sky was no longer dominant in movie exclusives.

Previously, the authority had forced Sky, as a content owner that had been leveraging its rights to gain pay TV customers, to reduce its wholesale rates for its programming. As the main beneficiary of this move, Virgin Media leapt towards profitability as a result but still continued to criticize Sky in the hope that this would lead the competition authority to enforce further concessions. But now the entry of Netflix seems to have done Sky a favor by taking away the spotlight, and Virgin can no longer count on any further concessions. As White said, a more competitive TV market is a less regulated one.”