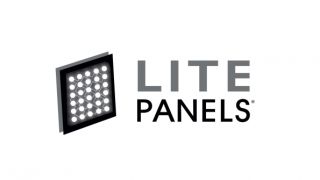 The International Trade Commission has upheld a General Exclusion Order recommended by an administrative judge regarding film, video and photographic LED lighting product patents held by Litepanels, Inc. of Van Nuys, CA. The Vitec Group owns Litepanels, as part of its Videocomm division.

Administrative Law Judge Theodore R. Essex made an initial decision in favor of Litepanels. His ruling said that to prevent abuse of Litepanels patents, it was necessary to ban other companies from using LED lights in equipment designed for photo, video or film production use. He recommended a general exclusion order against the other companies.

Litepanels' patents are broad and unspecific, and cover any LED lighting gear used for video, film or photographic production. Essex found that the companies competing with Litepanels were in violation of Section 337 of the Tariff Act and recommended that a general exclusion order for all potential importers be granted.

Litepanels was represented by Pepper Hamilton LLP, a national law firm headquartered in Philadelphia and Boston and with offices in Los Angeles and Orange County.

“Judge Essex’s decision is a real win for Litepanels because it does not simply defend a patent claim — the initial ruling really protects a long-term investment in industry changing intellectual property,” William D. Belanger, trial counsel on the Litepanels case, told IPFrontline. Belanger is a partner in Pepper Hamilton’s Boston office and co- chair of the firm’s IP Department.

“Companies like Litepanels are finding that their markets are being undercut by cheap, illegal imports. In this case, the fear is that a Chinese company could quickly change its name and continue to illegally produce these knock-offs,” Belanger said. However, the favorable commission ruling, he noted, should prevent any imports using this technology, not just imports from the parties named in the case.

The International Trade Commission was set up to protect American industries and jobs by safeguarding the patents of U.S.-based companies from knock-off products made overseas.

Litepanels, which employs 48 workers at its Van Nuys manufacturing facility, filed the complaint in the summer of 2011, accusing the 14 companies of importing and selling low-cost LED equipment protected by its patents. The complaint included seven domestic and seven foreign companies. Several respondents settled or signed consent orders.

“Litepanels is pleased with the result,” said Rudy Pohlert, president of Litepanels. “This decision is also a victory for the rights of all those who invest their efforts, ingenuity and resources to create innovative products and technologies.”

The General Exclusion Order does not affect the importation of emergency lighting, cellular phones, automobile taillights or LED bulbs themselves. It also does not affect other forms of LED lighting used for film, video or photography such as RGB and remote phosphor technologies.

Of the 14 companies named in the complaint, Litepanels said all of the major manufacturers have chosen to license its intellectual property to continue manufacturing LED lighting products for sale in the United States.