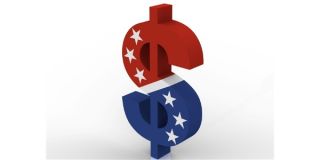 WASHINGTON: Regulators today approved rules requiring broadcasters to post their public inspection files online, including rate-card information for political advertising. Once the rules go into effect, TV stations will have six months to post their existing public files online. The requirement governing political files will be phased in separately, according to the Federal Communications Commission Media Bureau official who described the rules at today’s open meeting. (The Report and Order was not yet posted as of this writing.)

For the first two years of the new rules, only stations affiliated with ABC, NBC, CBS and Fox in the to 50 markets will have to post political advertising rates online, with all other stations doing so by July 1, 2014. FCC rules require that broadcasters offer airtime to candidates at a station’s lowest unit rate within 45 days of a primary or 60 days from a general election.

Stations will “only be responsible for file items not already filed with the commission,” the official said. They will not be required to upload past files, or any letters and emails from the public. There will be no new disclosure obligations of sponsorship identifications or shared services agreements. She said the commission’s review indicated that the cost of uploading public inspection files would range from “$80 to $400 per station.”

Broadcasters have strenuously objected to posting political ad rates online because doing so would have an averse impact on their rate cards. They also argue that it presents an undue burden when the pace of airtime requests, quotes and sales frenetically increases in the days leading up to an election. Some have pointed out that personnel will have to be pulled from news or other operations in order to comply.

“The majority discounts the affect the pricing activities could adversely affect consumers,” he said, noting that sharing advertising rate information under any other circumstances would be considered collusion. “Requiring broadcasters to do what might otherwise be illegal is surreal.”

McDowell dissented in part on the rulemaking, having suggested instead to consider the rate-card issue separately. He noted that general public inspection files and political files have “different histories,” and were lumped together some years back as a matter of “storage.”

Congress determined that political candidates should have the cheapest TV ad rates, but not that those rates be published online, he said.

McDowell’s cost estimate was divergent from the Media Bureau’s as well. He said it could at up to “tens of thousands of dollars a year because it requires the fresh information be uploaded immediately. Such scenarios seem to always add costs.”

He said smaller broadcasters would suffer in the long run.

“At the end, this will harm smaller broadcaster the most... those owned by minorities and women will not be spared,” he said. “The majority can’t be sure it’s not doing more harm than good in the public interest.:

Commissioner Mignon Clyburn responded that the order required no “unreasonable” amount of effort. She said she was told at the recent National Association of Broadcasters Show in Las Vegas that “putting files online was a logical outgrowth of the ubiquity of public information available on the Internet. The FCC listened to broadcasters in developing a system the keeps the burden of this regime as low as possible.”

FCC Chairman Julius Genachowski repeated the message he delivered at the NAB Show of how much the commission itself had been digitized since his arrival, and that it was time for broadcasters to do likewise.