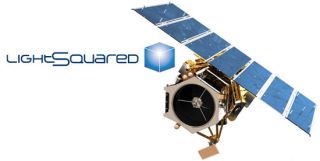 WASHINGTON: The Federal Communications Commission today held an “in-person-only press briefing” on LightSquared, the privately funded company vying to launch a hybrid terrestrial-satellite high-speed broadband network in the United States. The gathering took place today after the commission’s regular meeting. A spokeswoman responding after-the-fact said the event was a background briefing. Todd Shields of Bloomberg reported that the commission was trying to find ways for LightSquared and global positioning systems to “co-exist.”

The commission granted LightSquared mobile satellite service licenses in L-Band spectrum in January, along with a conditional waiver for terrestrial use. Controversy arose when field trials revealed that terrestrial transmitters interfered with global positioning system receivers. Federal agencies confirmed the phenomenon. The National Executive Committee for Space-Based Positioning, Navigation and Timing and the National Telecommunications and Information Administration said their tests found “significant detrimental impacts to all GPS applications” and recommended that the proposal be put on hold until the interference issue was resolved.

LightSquared filed a revised proposal with the commission in late June. The plan was to launch at lower frequencies non-adjacent to GPS spectrum, and to cut its transmission power levels by half. LightSquared secured an agreement to launch on a block of spectrum controlled by Inmarsat. LightSquared claimed the revised plan would eliminate interference for about 99 percent of GPS receivers, which have notoriously poor signal rejection capability.

Broadcasters have been watching LightSquared, which conceivably could relieve some of the pressure on TV spectrum because it would help fulfill the call for wireless broadband. They are also affected in that single-frequency networks and unlicensed white-space devices will coordinate through the GPS technology. Unlicensed devices, on the cusp of deployment, will operate on open spectrum between TV channels, and will locate that spectrum through the use of GPS.

The FCC subsequently solicited public comments on LightSquared’s revised proposal. The docket, opened June 30, has more than 2,800 filings. so far. Reply comments are not due until Monday, Aug. 15. The commission’s decision about whether or not to allow LightSquared to proceed is not expected until September, so today’s presser was unexpected. LightSquared reps referred inquiries to the commission. A commission spokeswoman responded after the press conference that it was a background briefing about the proceeding and the conditional waiver process.

While its regulatory fate hangs in the balance, LightSquared has continued to sign on customers, secure funding and do shared network deals. It cut a $9 billion, 15-year deal with Sprint in July allowing it use of Sprint’s terrestrial infrastructure, saving it billions in build-out costs.

If LightSquared succeeds, it will be the first to incorporate satellite and terrestrial components to provide 4G LTE broadband services. The network will be available only to wholesale customers. It announced signing on its ninth one, ClearTalk, yesterday.

LightSquared is funded through Harbinger Ventures and private contributions from Harbinger’s principal, Philip Falcone. UBS and JP Morgan have also invested. The company said it expects to sink $14 billion of private money into the network over an eight-year period. It’s agreement for the L-Band licenses call for it to deploy service to at least 260 million Americans by 2015. LightSquared said the Sprint deal puts it about a year ahead of its mandated FCC schedule.

The company “is currently conducting technical testing, which will run through 2011,” according to a spokesman.