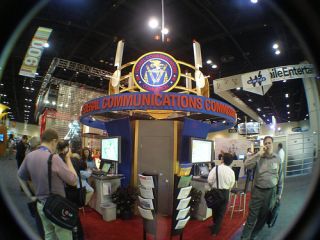 WASHINGTON: The Internet is officially a TV platform. Television regulators are now including online delivery in the 14th Annual Video Competition Report they started in 2009. Today, the Federal Communications Commission issued a Further Notice of Inquiry to gather more information for the 2009 report. The intent of the report is to adjust content and distribution rules based on diversity and provider availability.

The video industry has evolved such that the FCC is having a time getting a handle on it. First, there was broadcast TV. Then cable. Then satellite. Then Verizon and AT&T with their multichannel video services. Now, there’s more and more TV shows online and increasingly, in cell phones.

The commission’s 14th “annual” report initially comprised data from 2007-09. Since then, the FCC reviewed its data-collection techniques and decided it didn’t have enough information “to produce an adequate report.” It’s now seeking additional data for 2009, first-time data for 2010, and for the first time ever, for online video distribution.

Under the FCC’s “new analytic framework,” it will categorize video distributors into three groups: Broadcast TV stations; multichannel video programming distributors (cable and satellite); and online video distributors. It will look at the structure of each company, merger and acquisition activities, conduct, pricing and performance. Consumer behavior will be examined as well.

The report calls on information from industry sources, public filings, news releases, equity reports, academic publications, vendor product releases and white papers. The FCC is asking if there are additional sources it should include.