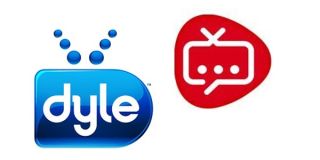 NEW YORK AND LOS ANGELES—Mobile device users would watch more TV on their devices if it were live, according to survey from Dyle Mobile TV.

The Dyle Mobile TV Data Report, compiled by Dyle Mobile TV, a service of the Mobile Content Venture, a joint venture of mobile DTV providers from 12 major broadcast groups, including Hearst, Belo, Gannett and Cox Media Group, revealed that 85 percent of consumers surveyed have watched live TV in the past month and that 68 percent of respondents would watch more TV if they were able to watch it live on mobile devices while on-the-go. It also showed that more than half of respondents would consider watching mobile TV on their smartphones and tablets and that 61 percent would consider switching providers to get mobile TV.

"These results show that live TV remains an important part of people's lives," said Salil Dalvi and Erik Moreno, co-general managers of the Mobile Content Venture. "As people upgrade to smartphones and tablets, live TV is a must-have service. Whether you are a wireless carrier or a cable/satellite operator, it seems clear that enabling the 'living room experience' on the go can be a smart business opportunity. The exciting part of all of this is that the technology to deliver this experience in a truly scaleable way is finally here."

Consumers of mobile TV would watch it when killing time (85 percent); entertainment while in transit (76 percent), entertaining kids in the car (74 percent); as an additional TV in the home (63 percent), staying connected at sports events (53 percent); at the gym (52 percent); and at work (44 percent)

The full report is available here.