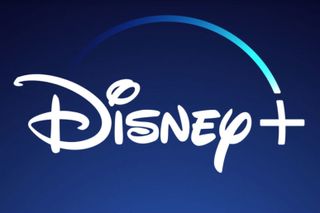 BURBANK, Calif.—The growth of Disney+ continues, as the Walt Disney Company has announced that its streaming service now has 60.5 million subscribers.

Prior to the launch of the streaming service last November, Disney shared that it hoped Disney+ would be able to amass between 60-90 million subscribers within its first five years. Now it has hit that milestone in less than a year. Including its other streaming services, ESPN+ and Hulu, Disney said that it now has 100 million paid subscribers across all of these direct-to-consumer services.

This has resulted in the DTC segment of Disney to be among the most successful during the COVID-19 pandemic. Disney reports that its revenues for the third quarter of Fiscal Year 2020 in DTC & international revenue increased 2% to $4 billion.

Conversely, media network revenues—both cable and broadcasting—decreased 2% to $6.6 billion for the quarter, while operating income increased by 48% to $3.2 billion.

“Despite the ongoing challenges of the pandemic, we’ve continued to build on the incredible success of Disney+ as we grow our global direct-to-consumer business,” said Bob Chapek, CEO of the Walt Disney Company. “The global reach of our full portfolio of direct-to-consumer services now exceeds an astounding 100 million paid subscriptions—a significant milestone and a reaffirmation of our DTC strategy, which we view as key to the future growth of the company.”

Something that could continue the growth of Disney+ is the announcement that Disney’s much anticipated live-action version of “Mulan” will now debut on the streaming service as the pandemic continues and has kept movie theaters closed. The movie will be available on Sept. 4 for rental at a premium price of $29.99.