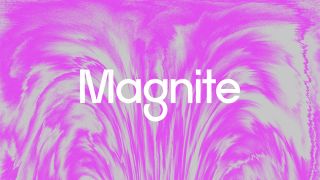 NEW YORK & LOS ANGELES—As the U.S. election heats up, sell-side advertising platform Magnite has conducted a study that indicates that CTV advertising is likely to be a critical tool in influencing “persuadable” voters—those who are undecided or independent.

About 30% of eligible voters consider themselves independent or undecided in the upcoming presidential election. In “The Power of CTV: Reaching Persuadable Voters in 2020,” Magnite found that 40% of that demographic does not subscribe to cable and satellite services. However, 70% does subscribe to an ad-supported streaming TV service, including 81% of Hispanic/Latino voters.

The survey also found that 75% of those surveyed prefer political ads that have video. In fact, Magnite found that 70% often took an average of two actions to research a candidate after seeing a digital video political ad. This is in comparison to political ads on social media, which 72% of respondents said were “untrustworthy” or “deceitful.”

“Candidates are honing in on specific types of voters, the ones who are hard-to-reach, undecided and young, particularly in swing and flip states,” said Dan Fairclough, senior director of Political Demand Sales at Magnite. “CTV provides that level of targeting within premium brand-safe content not found on social media and with the agility that traditional TV buying lacks.”

The impacts of COVID-19 are also a factor in how CTV can impact these persuadable voters. Not only has financial implications accelerated the cord-cutting rates, per Magnite, as people turn to free, ad-supported CTV content, but 76% of cord-cutters surveyed said that they are streaming more ad-supported video on demand content now.

“CTV presents an effective, responsible and transparent opportunity to engage with voters,” said Adam Lowy, head of North American Demand Sales and Strategy for Magnite. “With CTV, political buyers can eliminate wasted impressions and are no longer bound to DMAs, which sometimes cover two or even three states.”