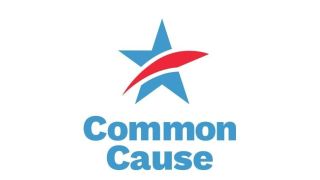 WASHINGTON—Having to pay $48 million to reconcile with three FCC investigations is an instance of Sinclair Broadcast Group getting off easy, according to Common Cause, especially as the broadcaster has been a repeat offender, the nonpartisan watchdog organization says.

The FCC fined, and Sinclair has agreed to pay, $48 million in civil penalties after a year-long investigation into Sinclair’s disclosure of information regarding its proposed acquisition of Tribune Media, as well as relating to two other investigations of if it negotiated retransmission agreements in good faith and failing to identify the sponsor of content supplied to both Sinclair and non-Sinclair TV stations.

“We commend the FCC for taking enforcement action against Sinclair,” said Michael Copps, Common Cause special adviser and former FCC commissioner, in a statement. “But the penalty amounts to a slap on the wrist for a conglomerate that has a history of bending the FCC’s rules and pursuing acquisition strategies that make a mockery of the broadcast ownership limits. Misrepresentation and lack of candor are serious allegations for any broadcaster let alone one that has continued to push the constraints of ownership structures placed by the commission. … The airwaves belong to the public and must reflect the diversity of voices in our democracy.”

Coops called the consent decree insufficient, suggesting that the cases that Sinclair was facing warranted debate on whether it should be able to keep its license. But, Coops argues, the decision by the FCC should not eliminate the FCC from reviewing Sinclair’s license when it comes up for review.

“The public should have full opportunity to weigh in on these renewal applications, and the commission must keep a watchful eye that Sinclair does not violate any of its rules,” Copps added.