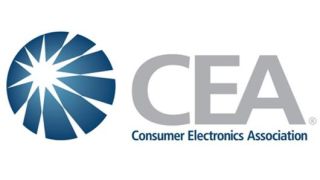 Shipment of 3D displays is forecast to reach to 2.1 million this year. Related revenues will top $2.7 billion. The CEA in January predicted 4 million 3DTVs would ship. A month later, the number was revised to 1.05 million, reflecting that a “3DTV” set had to have HDMI 1.4 capability.

The CEA predicts more than 6 million 3D displays will ship in 2011, generating about $7 billion. Next year’s shipment revenue for all consumer electronics is pegged to climb 4 percent to $182 billion--an all-time high.

“Innovation in the CE industry is driving consumer enthusiasm, orchestrating a turnaround for our industry and bolstering the overall U.S. economy,” said CEA President and CEO Gary Shapiro. “The response to innovative new products like tablet computers and 3D displays, and continued growth of other product categories, illustrate that consumers love technology. The freedom to innovate delights consumers, sustains our industry and strengthens the economy.”

Steve Koenig, CEA’s director of industry analysis said, “The January edition of the forecast was cautiously optimistic about the industry’s return to growth this year. Despite a relatively sluggish first half, these innovative product categories have generated a great deal of consumer interest. As a result, we see a stronger second half demand unfolding, and we anticipate a robust holiday quarter.”

Mobile computing is building this year, and expected to drive the industry in 2011. Laptops, netbooks and especially tablets are forecast to comprise $26 billion in shipment revenues for 2011.