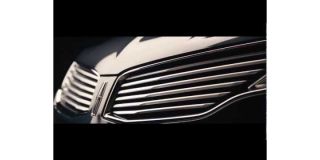 SEATTLE and MINNEAPOLIS – Two car makers are supporting the beta launch of mobile DTV in Seattle and Minneapolis, where Fisher Communications and Hubbard Broadcasting, in conjunction with the Mobil500 Alliance, are lighting up MyDTV. The Lincoln Motor Co., and Chrysler/Jeep have signed on as advertisers.

Seattle-based Fisher and Hubbard, located in Minneapolis, will distribute 750 Elgato receivers in their respective home markets for use with iPhones and iPads. Once the receiver is attached and the consumer downloads the free MyDTV application, the device is fully enabled after a brief registration. The registration qualifies the device owner so audience measurement data can be reported. Mobile500 is working with both Nielsen and Rentrak to evaluate the launch data.

The MyDTV app features closed captioning, an electronic program guide, built-in social media and optional live recording. In conjunction with interactive ad firm Accelerated Media, Mobile500 said “several” advertisers have agreed to run campaigns in both cities. Chrysler/Jeep and Lincoln were the only two names. Advertising will be served between channel changes and with banner ads.

The Mobile500 Alliance will be conducting a live demo of its MyDTV application at next week’s CES in Las Vegas, Nev., in booth 14340 in the Mobile TV TechZone in the Central Hall.

The Alliance comprises more 400 television stations, including those owned by Fisher and Hubbard. It was formed after other station groups and networks formed the Mobile Content Venture, which launched its brand of mobile DTV, dubbed “Dyle,” late last summer.

Both the Mobile500 and the MCV are deploying receivers from Elgato. The Elgato MyDTV receiver is powered by a Sieano chipset, Expway’s middleware, and the TitanTV program guide from Broadcast Interactive Media. It was demonstrated at last year’s CES, where the beta tests were also announced.