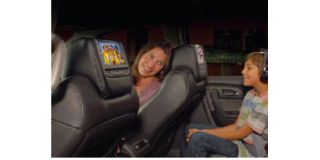 “With over 100 million cars on the road today, the automobile back seat represents a great new audience for live TV. We think this lays important groundwork for a new class of in-vehicle entertainment services, ” said Salil Dalvi and Erik Moreno, co-general managers of MCV.

Dyle will be available in 35 US markets, potentially reaching 55 percent of the population, and will add additional network programming and hardware in the future. Dyle is operated by the MCV, a joint-venture of Belo, Cox Media Group, E.W. Scripps, Gannett, Hearst, Media General, Meredith, Post-Newsweek and Raycom, all of which are part of the standalone entity, Pearl, LLC; as well as Fox, ION Television and NBC.