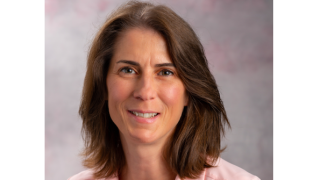 At this point last week, 100,000 people—give or take—should have been dealing with their hectic 2020 NAB Show schedules. But the COVID-19 pandemic saw to it that that wouldn’t happen.

The outbreak and subsequent show cancellation removed the focal point for broadcasters’ NextGen TV follow-through, which the industry all but took for granted after a successful 2020 International CES in January where LG Electronics, Samsung and Sony together announced 20 NextGen TV models for 2020.

However, that doesn’t mean the Advanced Television Systems Committee isn’t doing all it can to make the most of a tough situation. A new website, an ATSC 3.0 progress report, coming participation in NAB Show Express 3.0 sessions and new planning teams tasked with developing strategies for what’s next for the standard are all aimed at advancing the progress of NextGen TV.

ATSC President Madeleine Noland talks about these and other efforts in this interview.

TV Technology: If this were a normal year, we would all be recovering from the NAB Show about now. But no such luck this year. In the past, the show has offered a forum for the industry to come up to speed on the latest ATSC 3.0 developments. Could you tell me what would have been at the show from a 3.0 perspective?

Madeleine Noland: It’s impossible to fully replace the impact of a real conference, and I think the NAB Show and PBS TechCon tied together are huge opportunities.

The sessions include: “ATSC: Interactive Signaling from the Executive Layer;” “Update on ATSC 3.0: Madeleine Noland;” and “Global Harmonization for Advanced Emergency Alerting: ATSC 3.0, DVB and ISBD.”

I am also presenting a paper along with NAB’s Lynn Claudy that was going to be presented during the Broadcast Engineering Conference. The two of us will be doing a 15-minute video on our paper, “ATSC: Beyond Standards and a Look at the Future.”

So, NAB Show Express is going to have a lot of great content. Along with that, ATSC is going to release an ATSC 3.0 progress report on Monday, May 11, for the spring 2020 timeframe. The idea there is to help ATSC members share the information that they want to share, leading into all of the events that have built up over the spring for ATSC 3.0 announcements.

So, there are going to be quite a number of things available about what would have been at the show if we would have been there to meet face to face and what’s going on now.

We are really looking forward to that mid-May opportunity [with the release of the update and at NAB Show Express] to get the word out about what’s going on.

TVT: Has the pandemic affected the plans to have 60 markets on-air with ATSC 3.0 by the end of the year?

MN: We’re really happy to see that broadcasters are pretty much going to stick to their plan. We know that the pandemic is going to slow things down for no other reason than the repack is slowed down a little bit. But the hope is once tower crews are back in business, and the repack can continue, broadcasters will continue with what they are up to.

So, I was excited to see that despite the delay that is being created right now that they feel 2020 is still a doable project, and that’s their plan.

TVT: Ditto the consumer side of the equation. Is the pandemic going to impede the 20 NextGen TV models in 2020 forecast?

MN: I saw an announcement from LG that their sets are shipping. That’s not to say anything positive or negative about Samsung’s and Sony’s plans. I just happened to see the LG announcement. My understanding is the NextGen TV logo is on the box.

TVT: You’ve updated the ATSC website. What are your goals for the new site, particularly when it comes to ATSC 3.0?

MN: The new website is live. The intent was to go live in time for the NAB Show that was to be. So our go live date was April 1.

We are a standards development organization, so we have members, sponsors, documents—all of that stuff. It’s all there—easy to search, easy to find.  We also have our news area, which is updated and revamped. It’s newly searchable and easy to find everything. We have our new events page, which has featured events as well as industry events we know about.

Then there is Spotlight ATSC 3.0, which has basic information about 3.0 NextGen TV, an area of resources, which are physical layer calculations, spreadsheet tools and handbooks and webinars to learn more about 3.0.

Then there is the deployment section, which essentially is a deployment tracker that includes maps of the United States and South Korea—which cities are deployed and, in the case of the U.S., which DMAs are deployed or being planned.

We are pretty excited about the Spotlight 3.0 section of the website, and we hope people find it a valuable and useful tool.

A high level discussion about the implementation plan for ATSC 3.0, overall trends in the digital broadcasting industry and next steps for new membership-driven ATSC programs.

Originally planned for the SBE ENNES conference, this will examine the progress of ATSC 3.0 and various market transition activities.

This panel brings together experts from the U.S., Europe, and Japan to discuss the findings of an exploratory study on the potential interoperability between ATSC 3.0, DVB and ISDB for Advanced Emergency Alerting. It will explore the opportunities for a harmonized approach to global emergency messaging.

ATSC: Beyond Standards and a Look at the Future

ATSC has formed planning teams and other groups to examine advanced broadcast technologies, automotive applications, global recognition of ATSC 3.0, developing a near-term service roadmap for ATSC 3.0 services and features, convergence with international data transmission systems, such as the Internet and 4G/5G, and other topics. Highlights of this paper—originally scheduled for the Broadcast Engineer Conference, including a summary of a recent report from the ATSC Planning Team on Future Broadcast Ecosystem Technologies—will be presented jointly by ATSC President Madeleine Noland and NAB SVP, Technology Lynn Claudy.

TVT: In the past we’ve talked about 3GPP, the standards body responsible for 5G, and the whole concept of 5G being a heterogeneous wireless network with room for ATSC 3.0. Has there been any movement on that front whether from the 3GPP side or ATSC side of the equation?

MN: I think the most important thing to talk about is the establishment of the ATSC planning team on core network technologies for broadcast. The planning team’s whole mission is laid out on the ATSC website, but in essence the idea is to study core network technologies as they might relate to broadcast, and, this in my personal opinion, can be a prerequisite for any kind of convergence with 5G, 3GPP or other type of data delivery networks.

So, I think the establishment of Planning Team 8, Core Network Technologies, is the right step forward, where ATSC members can have a discussion to advance these kind of thoughts.

MN: What happens in a planning team is they may come up with some kind of recommendations, and those recommendations will go to the board. The board will figure out what to do.

The other thing to keep in mind is there are ATSC members that are also members of 3GPP. How ATSC as a body would interact? It’s really way too early to talk about that. But interacting with these other organizations that are already part of 3GPP would be a potential path forward.