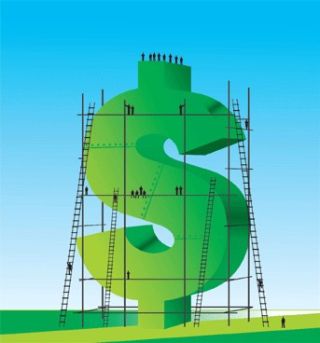 NEW YORK: Now that the U.S. broadcast sector has crawled out of the sinkhole that was 2009, investors remain skeptical the recovery can last, Wells Fargo analysts say.

“Subsequent to media and cable-focused conferences, we have received many questions from investors who seem somewhat concerned about the future of broadcast and cable,” said Marci Ryvicker, Timothy Schlock and Stephan Bisson of Wells Fargo.

Many investors expressed concerns that the current pace of auto advertising can’t be sustained, and a pullback was likely in the second half of this year, they said. The analysts, however, expect no such implosion. The dollar-per-auto spent on advertising is stable, they noted, and 65 new models were rolled out for 2011 versus 60 last year and 40 in 2008 and 2009. The current auto ad spend is still 25 percent below the peak of 2006 as well.

“All of these points suggest to us that growth in auto advertising should stay strong,” they said.

Another peripheral concern to the auto sector, which comprises roughly one-quarter of TV ad revenues, is the price of gas.

“While it is reasonable to conclude that rising gas prices will hamper vehicle sales--and therefore auto advertising--we conducted a regression analysis over the past 20 years that suggests there is actually is no correlation between the two,” the Wells Fargo team said.

There is also a perception that broadcast networks eventually will put affiliates out of business.

“Fox and CBS have been very vocal with regard to their desire to get paid for their programming by both the MSOs--retrans--and the affiliate groups--reverse comp/retrans or license fees,” they said. “Unless the nets want to become defacto cable channels and give up significant ad revenue, they have every incentive to keep the affiliate business financially healthy.”

As much as $8 billion in incremental industry revenue could be created were the networks to work with the affiliates on retrans, they said.

There was also a prevailing assumption that local advertising had slowed down. The analysts said they were “not overly concerned,” given that the first quarter is seasonally light and doesn’t usually reflect full-year trends. Local is also outperforming national TV and radio, they said.
-- Deborah D. McAdams